40 Years of World History in under 5 Minutes 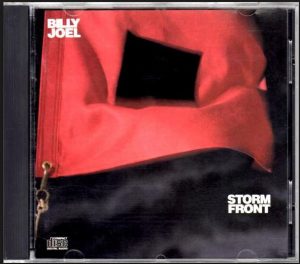 “We Didn’t Start the Fire” is Billy Joel’s 1990 number one hit referencing more than 100 headline-making events between 1949, the year of Joel’s birth, and 1989, the release date of his 11th album, Storm Front.

Joel describes himself as a “history nut” who had plans to earn a living teaching high-school history. Born in the Bronx, and signed by Columbia Records in 1972, Joel found that Rock & Roll paid better, and you could still teach history. “We Didn’t Start the Fire” sums up 40 years of world-burning, stomach-churning history in under 5 minutes.

In the liner notes of, Piano Man: The Very Best of Billy Joel, he explains that he wrote this song after a conversation with Sean Lennon and a friend. Sean’s friend apparently said that they were growing up in troubling times, thanks in large part to the Baby Boomer generation. Joel’s main message in “We Didn’t Start the Fire” is that his generation (the Baby Boomers) also dealt with troubling times that they didn’t necessarily cause.

Joel wrote the lyrics first, which he says he rarely does, in a brief, rapid-fire, streaming consciousness style heard from bands like REM at the time, but not Joel. He blames the lack of melody in this song on that writing style and didn’t seem to make it a standard in future projects. Joel told Billboard Magazine: “It’s terrible musically. It’s like a mosquito buzzing around your head” and has said in other interviews that it is a nightmare to perform. When asked if he could do a follow-up about the next couple of years after the events that transpired in the original song, he commented “No, I wrote one song already and I don’t think it was really that good to begin with, melodically. I kind of like the lyric though.”

In 1990, Storm Front was nominated for the Grammy Award for Record of the Year and “We Didn’t Start the Fire” was nominated for Song of the Year although neither won. It was a No. 1 hit in the United States during 1990/91 and is Billy Joel’s third US #1 hit following “It’s Still Rock & Roll to Me” and “Tell Her About It.”

Prince – Nothing Compares 2 U