You might catch a wave from an astronaut, or see something entirely unexpected. 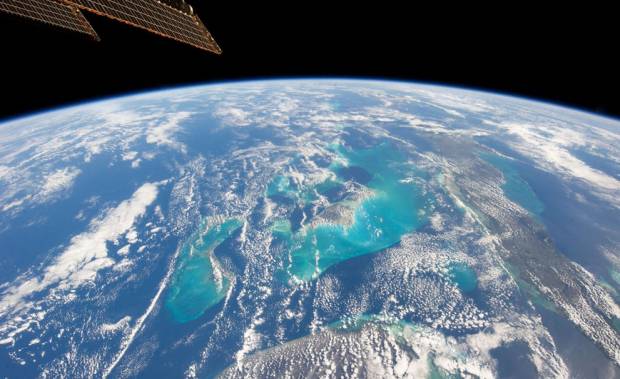 This youtube channel is outta-this-world. It’s the live stream from The International Space Station – ISS – circling the earth 240 miles above the planet, on the edge of space in low earth orbit.  The station is crewed by NASA astronauts as well as Russian Cosmonauts and a mixture of Japanese, Canadian and European astronauts as well. The ISS serves as a microgravity and space environment research laboratory in which crew members conduct experiments in biology, human biology, physics, astronomy, meteorology, and other fields.

There are different feeds available but Keving Macleod’s royalty free music is featured on this one. His ambient music has a calming effect as you watch the earth roll by.

MacLeod is best known for his distribution of royalty-free library music through his website, Incompetech.com. MacLeod has made over 2,000 self-composed pieces of music available for download under the Creative Commons: By Attribution 3.0 license. His licensing options allow anyone to use his music for free if he receives attribution, which has led to his music being used in millions of YouTube videos and thousands of films.