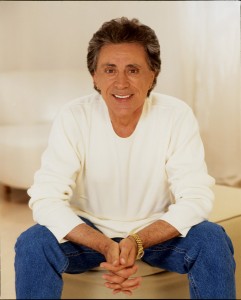 Indianapolis, IN – Star Productions proudly presents the legendary Frankie Valli and the Four Seasons live at the OLD NATIONAL CENTRE on Sunday, October 6, 2013 at 7:00 PM, in an encore of their 2012 performance.

The original Jersey boy himself, Frankie Valli is a true American pop icon. His incredible career with the Four Seasons, as well as his solo success, has spawned countless hit singles. With unforgettable tunes like “Sherry,” “Walk Like A Man,” “Big Girls Don’t Cry,” “Rag Doll,” “December ’63 – Oh What A Night,” “Can’t Take My Eyes Off of You,” and of course, “Grease,” Valli has sold over 100 million records worldwide.