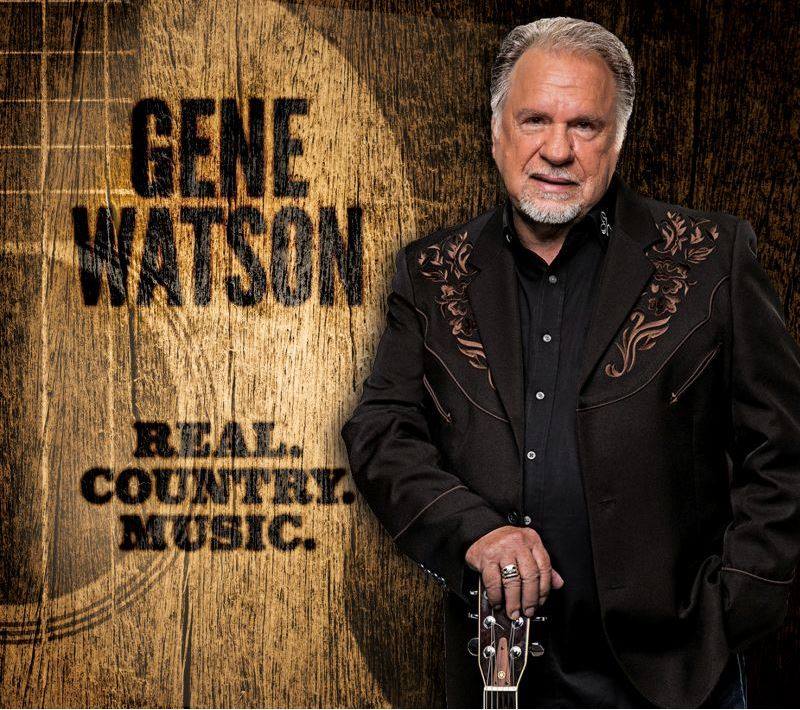 Classic Country is on the road and Gene Watson is teaming up with the Bellamy Brothers to give you a good reason to put your dancing boots on. We were lucky enough to talk to Mr. Watson during a break from watching Andy Griffith in his Houston, Texas home about new country, and old.

OS: This sure is a pleasure to talk with you today Mr. Watson.  My uncle, Gary Perkins, was a country music disc jockey here in Texas- so your music has been playing somewhere in the background during most of my life. He passed in 2001 while working for our oldest country radio station,  KHEY Y96,  and he preprogrammed his own funeral music to include your hit, “Farewell Party.”

GW: Yes, that’s sure a sad one. I was born in Texas, raised in Texas, and built my home in Texas. People ask why I haven’t moved to Nashville, and I tell them that I just can’t leave Texas.

OS: I can certainly relate to your feelings about Texas since I’m a native daughter of this great state. I’d like to talk a little about music today compared to traditional country music if that’s okay with you?

OS: New country is moving more toward pop music and away from its roots, so it’s rare to hear a Gene Watson tune on my local FM station. Is the fan base for “classic country music” shrinking?

GW: Well, I think that so many people have that attitude, it’s what you just mentioned, that traditional country fans are shrinking, and it’s really not necessarily so. If it seems that way, it’s probably because we don’t get much prime time FM radio play anymore. Most of the television shows are anything but traditional, so the only outlets we have are through the internet, like XM radio, and of course, Larry Black, who does Larry’s Country Diner, and Country’s Family Reunion. There are a few shows on RFD Television Network that showcase the kinda stuff we play, but it’s slim pickings. You know, it’s kinda hard to gather and maintain fans if people can’t hear what you’re doin’ and they don’t know what’s goin’ on. And so, we struggle with that, and it’s a problem.

I’m so proud every time I hear of a new artist who is really dialed in on traditional country music because we need a lot of help. All of our staples are dying off.  I mean our roots are dying and there’s not that many left, but if you take a survey and kinda do a little research on it, you’ll find that shows like my own, just about everywhere we play, we’re packing the house and selling them out. We do so much internet business as far as downloads and everything to keep our music out there. When we play our shows, I still sign autographs, shake hands, and take pictures. We sell hard merchandise like CD’s, pictures, caps, t-shirts and such – and there is a great demand for it. We still got a great audience out there. Now I’m not saying it’s equal to whatever you wanna call what’s goin’ on now, but we still got a vast amount of fans out there that love traditional country music. Our fans miss it and search for it. It’s nuthin’ for our fans to drive two or three hundred miles to see us play. To me, that just shows a great amount of devotion for traditional country music.

OS: Your fans really love you. I have a friend who wrote the most beautiful tribute to Merle Haggard. He’s a fiddle player, and he says only you can compare to Merle in his heart.

GW: Oh, bless his heart! That’s a great compliment. Merle was sorta my idol and a good friend, and we loved working together, and boy, he is certainly missed. It’s hard to believe he’s gone. You tell him I appreciate that.

OS: A hit for you in 1975 – and a lyric my mom remembered off the top of her head, came from “Love in the Hot Afternoon.” It was considered quite “racy” then – does it still hold up to its racy label today?

GW: Well you know, all kinds of music can be interpreted differently and you’re right; it was a little racy. In fact, that was something we considered when we recorded the song. I guess it had been recorded about five or six times before I recorded it. Every time they recorded it, they’d change a lyric, or tried to kinda smooth it over, or clean it up, as some people might say. It never amounted to much of anything. I told my manager/producer at the time that I really wanted to record the song, but I wanted to record it the way it was written – the way Vince Matthews and Kent Westbury wrote the song, and so we did. I knew we were taking a chance on it and it might not get a lot of airplay on many stations, but you know, it really surprised me. I don’t think, throughout the nation, that there were more than two or three stations that failed to play it. It really turned out to be a big hit.

OS: I think maybe our social mores had gotten a little looser by the time Capitol Records released your rendition of “Love in the Hot Afternoon.” Where that song might have been shocking to radio program directors just a few years before, it wasn’t so shocking that they wouldn’t play the song.

GW: We got a lot of airplay out of it. The thing that hurt that song more for me was that it was originally released on an independent label and it grew chart wise in the southern Texas market, which is a heavy duty market for traditional country, with parts of New Mexico, and of course Texas, Oklahoma, and Louisiana. It got to be a hit before Capitol Record signed me and then released it  internationally. So, it was on the charts throughout the nation but it was going down in the major southern markets. It split up the charts and otherwise it would have been a chart-topper – number one.

OS: Your latest album, “Real. Country. Music.”, features a beautiful intro on “Enough for You.” It was written by Kris Kristofferson, and I feel that it has Gene Watson written all over it. Did he write it especially for you?

GW: No. In fact, I’ve been carrying that song around in my head since 1980. I’ve always loved the song. I thought it was a great song, but at the same time, I was lacking the opportunity to record it. When we went into record this project I said, “I’m gonna do it. It’s time, and it’s such a great song.” You can go out there looking for new material, by new writers, and my type of songs just don’t seem to be out there. They’re recording a lot of songs nowadays that I don’t think my fans would appreciate (chuckles) me doin’.

OS: How difficult is it to come across or find music to produce and perform these days?

GW: Kris had the song out originally, and I believe it was in album form, but I’m not sure. Then later on, Billie Jo Spears had it on one of her albums, and I just loved the song. I thought it was great. I thought it was a Gene Watson song, and so, I didn’t even inquire anything about it. I just decided to go ahead and record it the way I felt it. Thanks to my producer, Dirk Johnson, who put that intro on it, with the strings and everything, it kinda took it up-town a little bit. As the intro settles down, it goes right back into Gene Watson. I thought it was a great song for me.

OS: It would not have surprised me one bit if you answered, “yep,”  that he had written it just for you because it’s tailor made for you and your voice.

GW: Well, I thought so too. That’s one of the reasons it stayed in my head since 1980 (chuckles). I try to feel like there’s a time and place to record these songs and sometimes are better than others. I’m not sure that’s true, but I’ve got a catalog of songs that goes way back. I’m with songs like some fanatics are with guns, and cars, and stuff like that. I never get rid of a good song. I hang on to them. I’ve still got a lot of songs on cassette form. I’ve got a load of songs, and I’ll be going back through them, picking songs out, because I can’t find the kind of material my fans relate to. With the stuff they’re writing nowadays, there’s nothing that feels right and I haven’t been able to find new material so far. You know, I just keep my fingers crossed, and keep looking for new material.

OS: You’ve been performing for many years — Are there any places or performances that stand out?

GW: Well, after so many that I’ve played in so many states, and so many places, overseas, so many countries, I’m sure there’s some places that are tougher than others. As an entertainer if you walk out and you’ve got a tough crowd, you have to use your talent to convert that crowd and get them on your side. That’s what I’ve always felt, even back when I was playing the dances and honky tonks.  If I sang three songs and didn’t have people on the dance floor, you’d see me start looking for something else. I figured I was in trouble. I still know, and love the dance songs, and in fact, that’s another thing I try my best to pattern my material around.

OS: Is there a favorite song you like to perform from your catalog?

GW: No, I try my best to use the audience for that. Their favorite song is what I try to lean on, and of course, “Farewell Party” is by far the most requested song of my career. So, you know (chuckles), they’d crucify me if I didn’t do that one.

OS: This was a great talk Mr. Watson. Is there anything you’d like to say before we wrap it up?

GW: Well, we’re just looking forward to getting out to Mescalero at the “Inn of the Mountain Gods” in Ruidoso, NM. Getting out there and playing for the fans is what keeps me going. We don’t get to play that area nearly enough and boy, it’s fun to be healthy, out on the road, and so satisfying to bring real country music that is so hard to get on FM radio.

OS: Thank you Mr. Watson. This was a real pleasure and I can’t wait to see you August 21, at the Inn of the Mountain Gods in Ruidoso, NM.

GW: Thank you, we’re really looking forward to it.