Holler on the Hill 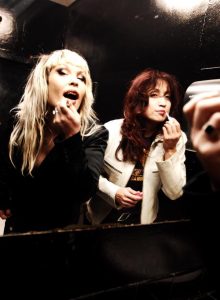 HOLLER ON THE HILL MUSIC FESTIVAL IN INDIANAPOLIS

INDIANAPOLIS, IN (August 24, 2018) – MOKB Presents Holler On The Hill Festival, which is one month away and set to take place this September 22 and 23 at historic Garfield Park in Indianapolis.

Fans can now plan their custom schedule and navigate performances from over 30 national, regional and local acts across 3 stages. Daily schedules for Holler On The Hill can be found at holleronthehill.com that details all artists and set times for both Saturday, September 22 and Sunday, September 23.

Holler On The Hill is committed to bringing a diverse mix of Americana, folk and alt-country’s beloved veterans and rising young stars to Indianapolis. In support of their new record Young Sick Camellia coming out September 7, six-piece soul outfit St. Paul & The Broken Bones will headline Saturday and emerging indie-rock band Moon Taxi will close the festival on Sunday.

Holler On The Hill was recently accredited by Indy Chamber in their Music Cities initiative announcement as a “prime example of intentional placemaking.” Indy Chamber, in partnership with the City of Indianapolis, will be working with a leading consultant and local partners to develop a music strategy for a more diverse, vibrant cultural scene in Indianapolis. To learn more, visit musiccitiesindy.com.

Tickets are on sale now. Holler On The Hill offers a limited capacity of only 5,000 tickets per day, with single day general admission and reserved seating tickets available. Early priced 2-day festival passes are sold out, with regular priced 2-day festival passes still available. A limited amount of single day, general admission 4-packs are also available while supplies last. Tickets can be purchased now at holleronthehill.com and ticketfly.com.

HOLLER ON THE HILL INFORMATION:

Listen to the official 2018 Holler On The Hill lineup playlist on Spotify.

BROUGHT TO YOU BY:

Holler On The Hill is made possible by our sponsors at Eskenazi Health, Indy Parks & Recreation, Tito’s Handmade Vodka, Sun King Brewery, Revolution Brewing, Hotel Tango Distillery, 92.3 WTTS, Do317 and many more.

ABOUT HOLLER ON THE HILL AND MOKB PRESENTS

What began as a grassroots effort to bring more local music to smaller venues in Indianapolis has bloomed into one of Indiana’s most powerful promotional voices. Since its inception in 2008, MOKB Presents has produced more than 2,000 of Indiana’s top entertainment events and now produces nearly 150+ events annually, introducing nationally-touring acts like Sturgill Simpson, The Lumineers,  Alabama Shakes, Tyler Childers, Band of Horses, Walk the Moon and more from their indie touring days to today. Over the years, MOKB has fostered an interconnected community of musicians, live producers, artists and fans, and Holler On The Hill is a culmination of that effort and ethos.

Created in 1881, Garfield Park is the oldest public park in Indianapolis. Famed landscape architect George Edward Kessler designed the Sunken Gardens in 1908, and the park has become a quintessential piece of historic Indianapolis Landmarks. The park’s MacAllister Center for the Performing Arts has hosted numerous notable artists in the past, including Guess Who, Dolly Parton, Chuck Mangione, and the first production of Starlight Musicals in 1944.