I LOVE LUCY® LIVE ON STAGE 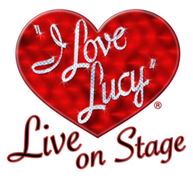 INDIANAPOLIS, IND. (November 4, 2013) – The Murat Theatre at Old National Centre today announced that tickets will go on sale this Friday, November 8 at 10 a.m. for the national tour ofI LOVE LUCY® LIVE ON STAGE, the brand-new hit stage show adapted from the most beloved program in television history. The show will be in Indianapolis beginning Tuesday, February 11 through Sunday, February 16. Ticket prices start at $25.00 and will be available at the Old National Centre Box Office, all Ticketmaster outlets, Ticketmaster.com, OldNationalCentre.com and by phone at 800-745-3000. Discounted tickets for group orders of 10 or more are available at 1-800-BROADWAY or by sending an email to LucyMuratGroups@broadway.com.

I LOVE LUCY® LIVE ON STAGE is the brand-new hit stage show adapted from the most beloved program in television history! America’s favorite foursome – Lucy, Ricky, Fred and Ethel – is live on stage and in color for the very first time!

An “out-of-body experience for ‘Lucy’ fans” according to Showbiz Chicago, I LOVE LUCY® LIVE ON STAGE takes audience members back to 1952 as members of the Desilu Playhouse studio audience where they await the filming of two hilarious and oh-so-familiar I LOVE LUCY® episodes, “The Benefit” and “Lucy Has Her Eyes Examined.” A charming host entertains and enlightens the crowd to the behind-the-scenes filming process of a brand new thing called “television,” the Crystaltone Singers perform advertising jingles in perfect 50s style harmony and the sidesplitting antics of America’s favorite foursome – Lucy, Ricky, Fred and Ethel – are presented live on stage and in color for the very first time! It’s a one-of-a-kind theatrical experience TV Guide’s William Keck calls “the most entertaining stage production I’ve seen in years – including Broadway!”

Limited amount of $65.00 Gold Circle Seats for each show

JOANNA DANIELS (Ethel Mertz) Joanna played Ethel in the Chicago production of I Love Lucy® Live on Stage and is thrilled to join this tour. She has been on the stage from Florida to London, and NYC to LA since age 11. In other words, she’s a newcomer. She has also been in many commercials and voice-overs, several TV shows, and a smattering of films. She’s your basic working actor, and proud to be one. www.joannadaniels.com

SIRENA IRWIN (Lucy Ricardo) Sirena Irwin originated the role of Lucy in I Love Lucy® Live on Stage for which she has received multiple awards. Stage work includes starring in many shows at various small Hollywood theaters and comedy clubs plus the occasional Shakespeare Festival. TV work includes “Spongebob Squarepants.” She also writes and directs. She is deeply grateful to Rick Sparks and the producers for this extraordinary opportunity and she dedicates this show to the queen of comedy, Lucille Ball. @sirena_irwin

BILL MENDIETA (Ricky Ricardo) originated the role of Ricky Ricardo in I Love Lucy® Live On Stage in Chicago and Los Angeles where he received the Best Actor Broadway World award. Other favorite roles include Quasimodo in The Hunchback of Notre Dame, Benedick in Much Ado about Nothing and the title role in Hamlet. Film credits: Soldier of God, Dead Border, Race. TV credits: Days of Our Lives. Web series: The Sanctum, Mob Boss Associate. Twitter: @Bill_Mendieta

TYLER MILLIRON (Stage Manager “Gerald”/Chevy Dancer/Understudy Mr. Martin and Mr. Todd) Tyler loves Lucy, and is thrilled to be along for such a wonderful ride! Tyler is a Los Angeles-based Actor/Artist/Composer/Director/Producer whose work can be ‘splain’d at www.millironstudios.com. Thanks to Bons, Stage9 and his whole family for their undying support. www.tylermilliron.com

KEVIN REMINGTON (Fred Mertz) is thrilled to join I Love Lucy® Live – thanks for this tremendous opportunity. Recent roles: Truman Capote in Carved in Stone and Edgar/Jane in The Mystery of Irma Vep. Regional and touring favorites: Edward II, A Christmas Carol, 1940’s Radio Hour, Antony & Cleopatra, Comedy of Errors, Guys & Dolls and Romeo & Juliet. Love and thanks to his amazing parents, family and friends.

MARK CHRISTOPHER TRACY (Maury Jasper, Desilu Playhouse Host / Laboratory Tester) Mark is delighted to be working, yet again, with longtime collaborator Rick Sparks. He is delighted to be playing Maury Jasper again in I Love Lucy® Live on Stage, having originated the role. Mark and Rick go back 20 years, including the multi-award-winning They Shoot Horses, Don’t They?

CAROLYNNE WARREN (Eugenia, Understudy for Ms. Daniels, Ms. Sciacca, and Ms. Moses) Carolynne  is thrilled to be spreading Lucy Love everywhere. A graduate of both Second City and Harvard University, Ms. Warren has been described, in print, as “deliciously kooky.” That probably says it all. She is a native Bostonian with beloved regional credits in Chicago, Boston, Milwaukee, and Los Angeles.