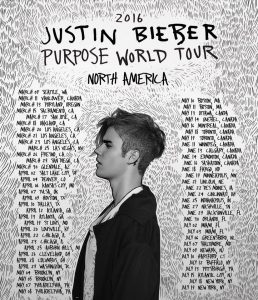 Justin Bieber is canceling the final leg of his Purpose world tour due to unspecified “unforeseen circumstances.” The cancellations will include 14 dates in North America and Asia through Oct. 10, and tickets will be refunded. Bieber has been on the tour for the last 18 months, playing more than 150 shows on six continents.

The tour cancellation comes after the Beijing Municipal Bureau of Culture said that it won’t be inviting Bieber to perform in the country because of his past “bad behavior.” During his 2013 visit to China, he sparked controversy when pictures showed him being carried up the Great Wall of China by a pair of bodyguards.

“Justin loves his fans and hates to disappoint them. He is grateful and honored to have shared that experience with his cast and crew for over 150 successful shows across 6 continents during this run. However, after careful consideration, he has decided he will not be performing any further dates.”