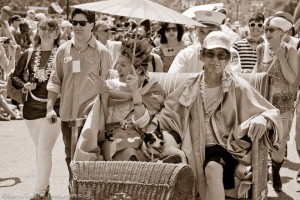 Rock icon Lou Reed is recovering after a life-saving liver transplant in the U.S., according to an interview with his wife published Saturday in a British newspaper.

Laurie Anderson told the Times of London that Reed “was dying” before the operation several weeks ago at Ohio’s Cleveland Clinic.