“Loverboy” keyboardist Doug Johnson’s NOTES TO SELF reveals his roots as a classical pianist.

Indie release available on iTunes, CDBaby and his own website is an homage to Beethoven, Bartok, Chopin and Ravel featuring pieces he composed and arranged himself 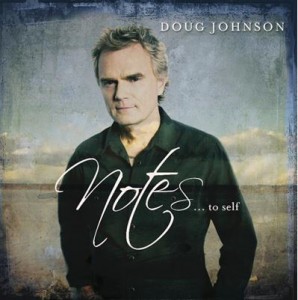 LOS ANGELES, April 30, 2014-The distance from “Working for the Weekend” to classical composers like Beethoven, Bartok, Chopin and Ravel might seem like a long way, but Loverboy keyboardist Doug Johnson has proven there is a connection on his new CD, Notes to Self. Recorded in Vancouver with classical musicians from the Vancouver Opera Symphony, the CBC Radio Symphony and the Pittsburgh Symphony Orchestra, the album is available digitally on iTunes and CDBaby as well as in physical form on his own website (http://www.dougjohnsonmusic.com/CD.html) via PayPal.

“If you listen, the keyboard parts for many of Loverboy’s songs were very much informed by my classical training,” says Johnson, who started taking piano lessons at four years old, then received his Associate of the Royal Conservatory of Toronto (A.R.C.T) degree when he was 18, with a silver medal. “This has been a lifelong passion for me.”

Recorded in Vancouver on a nine-foot Steinway concert grand piano with a variety of classical musicians-most prominently violinist Mark Ferris, who helped with the arrangements, and flautist Lorna McGhee-Notes to Self was inspired by “my physical and emotional connections to the places and people in my life.”

The album ranges from solo pieces like the playful “Sucrose,” a number that reflects the deleterious effects of a birthday cake-induced sugar rush on his visiting granddaughters to a quintet featuring violin, viola, cello, flute and his own keyboards on the opening four-part “The Crescent Suite,” a grand vision of four seasons as seen from running on the beach near his Surrey home in West Canada.

“It goes from the fall, when the storms start coming in (‘Con Brio’) through all four seasons, ending with the summer (‘Maestoso’), when all the tourists arrive and life is more laid-back,” says Johnson, who also captures the brooding, overcast nature of the area’s weather in “Waltz of the Grey Days,” a duet with piano and cello.

“Zoe” and “Emily” are dedicated to his nieces, the former “beautiful, capricious and brave,” the latter “a methodical, persistent problem-solver,” both painting vivid pictures by capturing those personalities in sound. “Two Versions of a Visit” is another piano/cello duet that reflects the very different personalities of his two grandsons. “Warsaw” is his tribute to Chopin, whom Johnson considers “the best composer of piano music who ever lived… I’ve always had a special place in my heart for him.”

Johnson, an outspoken believer in music education, hopes that Notes to Self will simply make people feel good. “I’m hoping it will energize them, and allow them to reflect,” he says.

“Music is inspired by the things around us and our experiences, our interactions with others,” adds Johnson. “I wanted to let people in on that process, how this album came about.”

And while he has already performed some of this music recently in a live setting, Johnson isn’t about to ignore his “day” job, playing with Loverboy, who for three decades have entertained several generations of fans with hits like “Working for the Weekend,” “Lovin’ Every Minute of It,” “This Could Be the Night,” “Hot Girls in Love,” “Heaven In Your Eyes,” “Turn Me Loose,” “When It’s Over,” “The Kid is Hot Tonite” and “Queen of the Broken Hearts.”

“Playing with Loverboy is just a great deal of fun,” he says. “We’re like brothers. We get to stand up before thousands of fans, and when you look out into the crowd, you see them smiling, laughing, dancing and having a great time. Our songs seem to have stood the test of time. They’re not only relatable to our old fans, but their kids.”