How To Celebrate National Bourbon Day 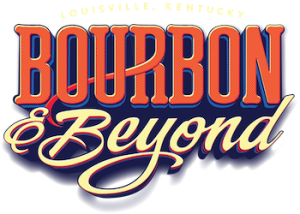 Bourbon & Beyond, the world’s largest bourbon festival, once again proves it will celebrate America’s native spirit in a way never seen before with the announcement of The Big Bourbon Bar lineup, National Bourbon Day pop-ups, and a weekly bourbon cocktail series. Bourbon & Beyond takes place Sept. 22 and 23 at Champions Park in Louisville, Kentucky with pre-show events in downtown Louisville Sept. 21. For more information or to purchase tickets, visit www.bourbonandbeyond.com.

In addition, The Big Bourbon Bar will host The Bluegrass Situation‘s bluegrass stage which has added Phoebe Hunt & the Gatherers and Madisen Ward and the Mama Bear to their hand-picked list of artists that already includes The Travelin’ McCourys, Billy Strings, Michael Cleveland & Flamekeeper, Ben Sollee, River Whyless, and Lindsay Lou.

Those looking to learn more about different ways to enjoy bourbon can check out the new bourbon cocktail series launching next week at http://bourbonandbeyond.com/cocktailseries/. Each week, Bourbon & Beyond will post a new video showing off how to create a unique bourbon cocktail, allowing even the most inexperienced bourbon consumers to see just how accessible the spirit can be, and tempting bourbon lovers to try new creations. In addition, get a taste of what is to come at Bourbon & Beyond‘s National Bourbon Day pop-up events at The Silver Dollar in Louisville and Japp’s Since 1879 in Cincinnati on June 14.

New pre-show activities give food lovers even more access to headlining chefs including Tom Colicchio and Edward Lee, who host the Bourbon & Beyond Legends Dinner Sept. 21 at the Muhammad Ali Center. This Friday Night Supper Club benefits the Muhammad Ali Center, A Place at the Table and The Lee Initiative. Guests will enjoy a cocktail reception with appetizers, an intimate guided tour of the Ali Museum, a four-course dinner including cocktail and wine pairings, and a special-edition Glencairn tasting glass. Tickets are $499.50.

Or, attendees can spend the Friday before the festival taking their spirits knowledge to a whole new level. Through a partnership with the Stave & Thief Society, Bourbon & Beyond will offer a “Certified Bourbon Steward” workshop. The day-long workshop is held at Moonshine University, an artisan distillery, and education center located in downtown Louisville, and combines classroom instruction with hands-on bourbon distilling. Instruction includes an analysis of the individual components of the distillate from a production perspective, as well as an examination of the history and bourbon’s relationship to other whiskeys. Tickets are $250.00. To purchase tickets and check out other Bourbon & Beyond events, visit http://bourbonandbeyond.com/for-our-love-of-kentucky.

For more information on Bourbon & Beyond please visit: