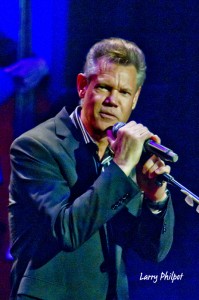 Country singer Randy Travis is in critical condition at a Texas hospital after being admitted Sunday. According to a press release from his publicist, the singer of such hits as Forever and Ever, Amen, On the Other Hand and Three Wooden Crosses is suffering complications of recently acquired viral cardiomyopathy.

Viral cardiomyopathy is a weakening of the heart muscles caused by a viral infection.

Travis, who pleaded guilty to a charge of driving while intoxicated in Texas earlier this year, was hospitalized in 2012 after a fight near a church in Plano, Texas.