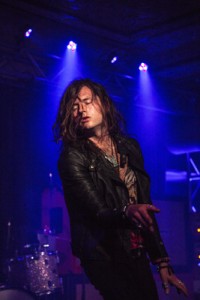 As any seasoned concert goer will be happy to report, one of the most invigorating moments of any show comes during the first few seconds of the headlining act. By the time this special moment arrives, the audience has spent their money on tickets, loitered both before and between bands, and consumed an entire evening standing uncomfortably close to each other. They have fought for a spot towards the front, dealt with an uncaring bouncer, and maybe even waited in a lengthy line to buy a beer. Truly, being a music fan will subject one to a unique set of trials and tribulations. However, the moment a headliner takes the stage, an unforgettable atmosphere settles over the crowd that makes it all worth it. The audience has collectively gone through the trouble to see this show, and now their hard work is being paid off. This is one of very few times that music fans are compensated as a group, rather than individually, and the brotherhood that creates is unforgettable.

Perhaps Rival Sons was aware of this concept when they took the “Deluxe” stage at Indianapolis’ Old National Centre on Tuesday the 27th, but chances are they had other thoughts running through their heads. No matter what they were thinking, the California natives started things off right with “You Want To”. The track was rocking, fast, and showcased the skill of this four piece rock group. “You Want To” also has a spaced out bluesy bridge, which only further showed off the versatility Rival Sons can achieve. One could barely hear lead singer Jay Buchanan belting out “I’m so sorry/this time I mean it/let me in/I know you want to” over the eruption in the crowd. What a perfectly played introduction. 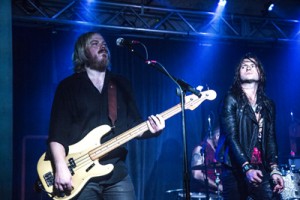 The band played a handful of other songs like “Memphis Sun” and “Get What’s Coming” before launching into the popular song “Torture”. Originally released on their self titled EP, “Torture” is an anthem of a song that even managed to find its way into the  only major Hollywood motion picture entirely about robot fights, Real Steel. Many reviews of Rival Sons draw comparisons between them and the Black Keys. One listen to “Torture” will make it extremely obvious why this comparison keeps being made. However, the only thing filling the crowd’s mind as Rival Sons plowed their through “Torture” was the unreasonably catchy hook in the chorus.

The band played, the audience danced, and time moved on. Soon, the Jack White-esque opening to riff to “Pressure and Time” resonated throughout the small venue. “Pressure and Time” is one of Rival Son’s most celebrated tracks, as well as being the title track to their 2011 album. Fans of this track may also be interested in the Sheepdogs, whose vocal style and harmonic progressions are quite similar. “Pressure and Time” also features an amazing guitar solo, played so masterfully by guitarist Scott Holliday. 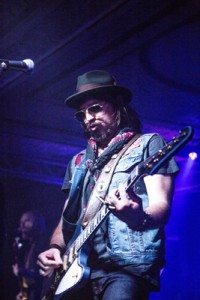 The set began to wind down with “Keep on Swinging”, the band’s most popular single to date. The track comes from Head Down, the band’s most recent album. The album was recorded in Nashville with Vance Powell, who has worked extensively with The Whigs, Kings of Leon, and most Jack White projects. His influence is incredibly evident in “Keep on Swinging”, which has the perfect balance of pop sensibilities and artistic direction that Powell is so well known for. “Keep on Swinging” worked its way into “Face of Light”, a long, climactic song that capped off a perfect evening. The drum work at the end, masterfully performed by Michael Miley.

It could be said that Rival Sons knows how to put on a show, but somehow, that feels like a bit of understatement. With the show concluding and the audience shouting for “FIVE MORE !”, Rival Sons created an experience for their fans that will likely never be forgotten For a band that’s only been in existence since 2008, Rival Sons have accomplished what at first appears to be a surprising amount. Now, all of those festival dates, big shot producers, and television performances seem fitting after seeing in person the raw talent of Rival Sons.  Companion Photo Gallery HERE 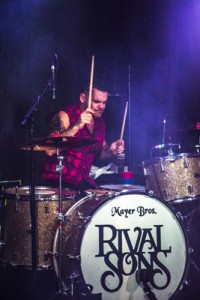