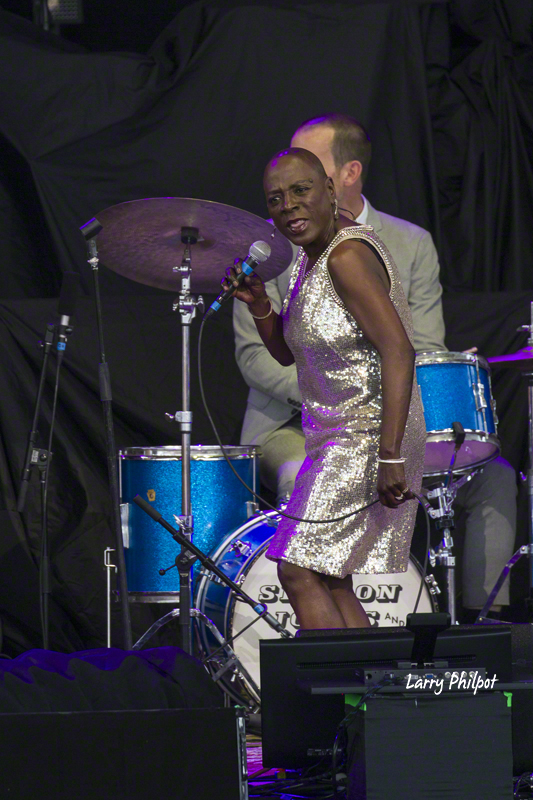 Sharon Jones, the soul and funk singer who fronted Sharon Jones & The Dap-Kings, died Friday, November 18, 2016, at a Cooperstown, New York hospital after a lengthy battle with pancreatic cancer. She was 60.

The message on her website stated, “We are deeply saddened to announce that Sharon Jones has passed away after a heroic battle against pancreatic cancer. She was surrounded by her loved ones, including the Dap-Kings.”

Jones experienced success late in life, releasing her first record when she was 40 years old. In 2014, Jones was nominated for her first Grammy, in the category Best R&B Album, for Give the People What They Want.

She was diagnosed with cancer in 2013  and her struggle with the disease and treatment was captured in the 2015 documentary “Miss Sharon Jones!” She released the single “I’m Still Here” and toured in the summer of 2016 while still receiving treatment.

During “Miss Sharon Jones” she says, “I found strength in fighting cancer. I found even having more faith. And being able to open myself up and accept the love from people coming in. You know, all of my fans. I try and read everything I can, and that strengthens me. So you know, just, accept that love. And people who are around you, being supportive. And I tell them all the time, ‘Don’t nobody show me pity. But show me love. Be there.’ And that’s what keeps me going. That’s all I can put out. I just keep on fighting, take it one day at a time.”

In one of her last performances in Indianapolis, just over 3 months ago, a defiant Sharon Jones took to the stage with Daryl Hall and John Oates, Trombone Shorty and her infamous Dap Kings in a powerhouse performance, despite suffering from pancreatic cancer.

Sharon lived life on her own terms, remarking “I have cancer. Cancer does not have me.” Her stage presence was always larger than life, and she will be missed.