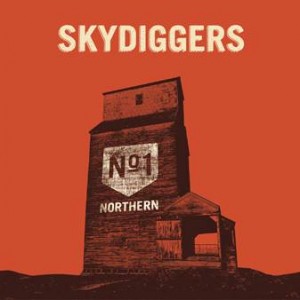 In celebration of 25 years together and in celebration of Canadian talent, Skydiggers’ new album No.1 Northern pays homage to the great Canadian songwriters who have left their mark on this country, and inspired Skydiggers throughout the last quarter century. Taking on the legendary melodies of Ron Sexsmith, Neil Young, and Gordon Lightfoot, Skydiggers continue to push their sound in to new territory.

“In this, our 25th anniversary year, we wanted to take time to pay tribute to the great Canadian popular songwriting tradition, one that eschews bells and whistles for melody and substance, craft and connection. We know we’ve barely scratched the surface, but we wanted to start with a collection of songs by writers whom we admire and have travelled many of the same roads that we have… Here’s Volume 1!” – Skydiggers

The follow up to All of our Dreaming: Skydiggers Live, 1988, 2000 & 2012, No.1 Northern is the second release in a year of silver anniversary celebrations, with a new release every season in 2013. Available to stream today with song by song descriptions of each track courtesy of Exclaim!, No.1 Northern also features tracks written by Jason Collett, Linda McRae, and iconic P.E.I. songwriter Gene MacLellan.  Physical copies of No.1 Northern can be ordered throughMaple Music and are available at Skydiggers’ concerts across Canada. 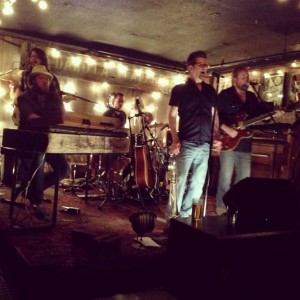