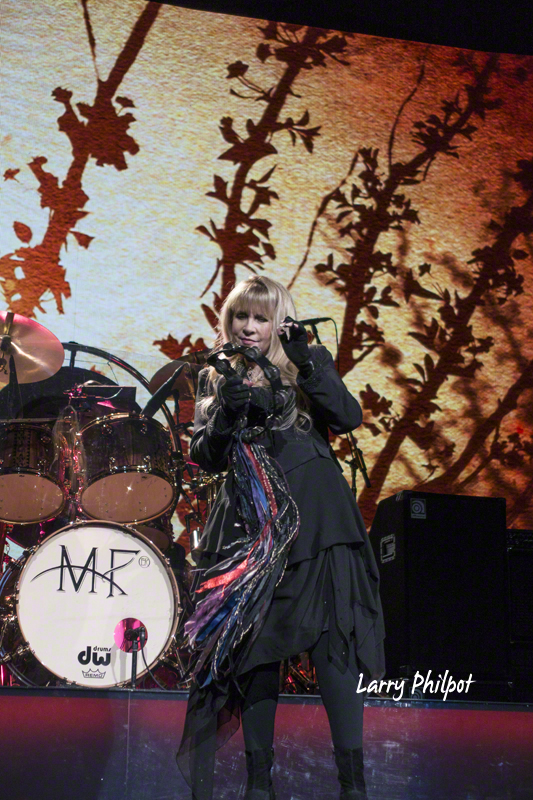 Every great vocalist eventually reaches their “Torch Song” moment. Male or female — they all come back to the classics.

Pat Benatar was a vanguard in 1991 with her album “True Love”; Gaga had hers with Tony Bennett; Cyndi Lauper is reincarnating herself as Patsy Cline; and now, the always fabulous and classy Stevie Nicks is lighting her torch. She takes on “AT LAST” by Etta James and burns it to the ground.

“At Last” is a 1941 song written by Mack Gordon and Harry Warren for the musical film Orchestra Wives. It was performed in the film and on record by Glenn Miller and his orchestra, with vocals by Ray Eberle and Pat Friday. The 1942 New York Post movie review by Bosley Crowther bashed the movie and called, “Orchestra Wives,’ an Indifferent Musical Film, Highlighted by Glenn Miller’s Band.” The staying power of Glenn Miller and this song in particular proves Bosley knew his stuff.

In 1960,  “AT Last” was covered by blues singer Etta James in an arrangement by Riley Hampton.

James’ version was the title track in the same-named album “At Last!” and was inducted into the Grammy Hall of Fame in 1999. The song became Etta James’ signature song and was the third in a string of successful songs from her Argo Records debut album. The Etta James recording appears on the soundtracks of such films as Rain Man, Pleasantville, and American Pie, and such television series as Northern Exposure, Mad About You, Criminal Minds, and The Simpsons.

We give Ms. Nicks high marks for her version of “AT LAST” and hope you enjoy it too.