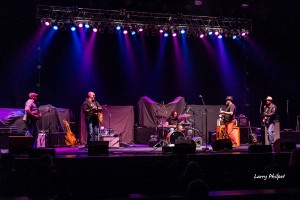 (INDIANAPOLIS, IN – Nov. 17, 2015) The new single and accompanying video from Indiana-based rock band The Easthills is now available. “Mothers & Fools” features a special guest appearance by renowned indie rock guitarist Doug Gillard. The song is available now for digital download exclusively through TheEasthills.com and CD Baby, and will be included on The Easthills’ forthcoming full-length sophomore album Fear and Temptation, due out in 2016. The song will also be available via all other major digital platforms soon.

Fear and Temptation follows the band’s critically acclaimed 2013 full-length debut album Death of a Salesman and the 2014 four-song EP World Class Prick. The new album promises another dose of indie-pop-rock-meets-classic-rock, special guests in addition to Gillard, and a new sense of urgency for a band ready for the next chapter. Additional singles will continue to be released digitally in the coming months prior to the album’s release. The full-length album will be available in both digital and CD formats upon release.

Gillard plays on six of the new album’s songs. A guitarist, songwriter and solo artist, he has played with artists including Guided By Voices, Nada Surf, Lifeguards, Death Of Samantha, Gem, Bambi Kino, Sally Crewe, Mascott and many more. “We are truly grateful for Doug’s contributions to some of the new songs on our new record. He is a longtime hero of our band and now a mentor and friend,” said The Easthills’ Hank Campbell. 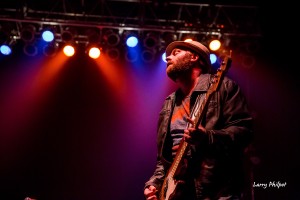 The Easthills also have a series of shows lined up in November including Sunday, November 22 with Cheap Trick in Terre Haute, Ind., and two shows with the Reverend Peyton’s Big Damn Band on Friday, November 27 in Indianapolis and Saturday, November 28 in Cincinnati. Tickets for all three shows are on sale now.

Since the inception of The Easthills they have played multiple Midwest shows with REO Speedwagon, Fastball, Georgia Satellites and Here Come the Mummies while also serving as support for Tesla, Ian McLagan (Faces) and Blues Traveler. The band has also appeared on several noteworthy music festivals playing alongside the likes of Flaming Lips, Weezer, Roky Erikson, Guided By Voices, Meat Puppets, Chris Robinson and many more. The Easthills have also sold out two of their own headline shows in Indianapolis.