(Press Release from Conqueroo) NEW YORK, NY. — The Waterboys have confirmed a full slate of dates across North America in the fall. After touring Canada in July with a featured stop in Brooklyn, N.Y., the Waterboys will return to the U.S. September 19th through October 29th to play 25 American cities. It is the band’s first U.S. tour in six years, and handily their biggest to date.
According to Scott, “North America is just about my favorite place in the world to play and I’m thrilled that this year we’ll play more concerts there than any year of the Waterboys’ existence. Our Fall 2013 tour is the longest Waterboys American tour ever and we’re doing it with an American line-up. Apart from myself and fiddler Steve Wickham, all the band members are Americans based in the New York area, players I handpicked myself. I can’t wait to see what kind of a joyful, wild noise we’ll make.” 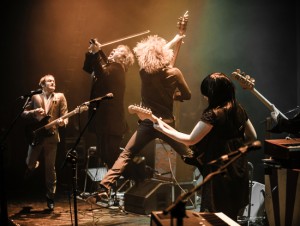 Along with selections from their grand catalog, including Fisherman’s Blues, the show will feature material from the band’s 2013 opus, An Appointment With Mr. Yeats — one of the boldest, most ambitious projects of Waterboys auteur Mike Scott’s storied career. Scott  collaborated, figuratively speaking, with the legendary Irish poet W.B. Yeats on the 14 songs of An Appointment With Mr. Yeats, released this past March on Proper Records. American audiences received a taste of the new music during South by Southwest (SXSW) and a New York Town Hall date, also in March.
“I love the way Yeats’ poems lend themselves to music,” says Scott. “But I also like Yeats as a guy — a dandified, opinionated, larger-than-life character. I feel a kinship to him. My purpose isn’t to treat Yeats as a museum piece, but to connect with the soul of the poems — as they appear to me — then go wherever the music in my head suggests, and that means some surprising places.”
While the notion of mounting classic poems in modern musical settings may strike some as challengingly esoteric, that is not the case at all with An Appointment With Mr. Yeats. On the contrary, it connects with the power and immediacy of Waterboys classics like This Is the Sea (1985) and Fisherman’s Blues (1988), unfolding with the widescreen vividness that has characterized Scott’s single-minded body of work during the course of the last three decades. 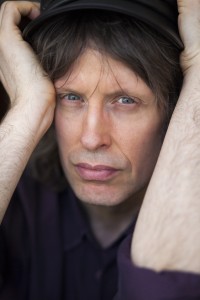