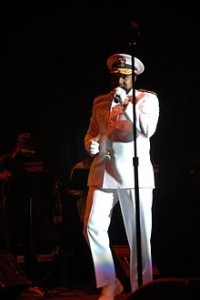 Victor Willis may have thought that ‘the world was so tight’, but he took his own advice, picked himself off the ground and won a legal battle to gain control of the copyright to hit song YMCA, which he penned for The Village People.

The victory comes after a six-year legal dispute and 36 years after the 62-year-old wrote the song.

He was also successful in regaining the copyright to several other hits he wrote for the disco group, including In The Navy and Go West.

Mr Willis, who was born in San Francisco but now lives in Newport, south-east Wales, with his lawyer wife, Karen, told The New York Times that he owed the victory to her.

He explained that she alerted him to a provision of copyright legislation called ‘termination rights’. This states that 35 years after a song has been written, its creator or creators can regain control of the copyright over it.