MSO PR artists will be heading to New Orleans next week during this year’s VOODOO MUSIC + ARTS EXPERIENCE weekend. BEATS ANTIQUE, BIG GIGANTIC and DESTRUCTO will all be performing onsite at the festival while THE CRYSTAL METHOD and STS9 will also be performing in town. See below for specific details. 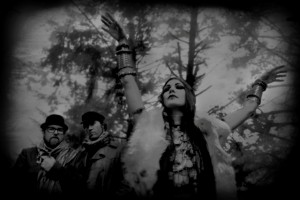 Bay Area-based electronic dance trio BEATS ANTIQUE have just released their new studio album, A THOUSAND FACES–ACT 1 on October 15 via Beats Antique Records. As their seventh studio album, the album is a two-volume endeavor that encapsulates each stage of Joseph Campbell’s “The Hero’s Journey” in 22 sweeping and lushly textured tracks. While the accompanying highly theatrical and groundbreaking multi-dimensional live-show will carry audiences through the complete journey, A THOUSAND FACES–ACT 1 represents just the first half of the monomyth, with the second volume due out next spring. Teaming with a group of renowned artistic collaborators stemming from their San Francisco hometown and Obscura Digital, the acclaimed live art projections company whose work with Google, the Guggenheim, and the royalty of Dubai has delighted audiences around the world, BEATS ANTIQUE’s new album and live performance art project A THOUSAND FACES delivers the band’s signature mix of electronica and world-fusion beyond the sonic realm into a multimedia extravaganza that’s part odyssey and part genre-warping rock opera. Dubbing A Thousand Faces their most intensely collaborative effort yet, BEATS ANTIQUE—Tommy Cappel, David Satori and Zoe Jakes–designated a diagram of the hero’s journey as their guide for the initial stages of songwriting and composition—then let their experimental sides take over and flourish as they delved further into the creative process. A Thousand Faces–Act 1features a carefully curated ensemble of guest collaborators, including iconic Primus leader Les Claypool on first single “Beelzebub” (listen to it here: http://snd.sc/1aQXTU2), sarod player Alam Khan (son of legendary classical Indian musician Ali Akbar Khan) on “Kismet,” Lynx & Sorne on “You The Starry Eyed” and Micah & Leighton for “Doors of Destiny.” 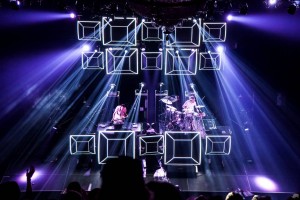 Boulder, CO-based electronic act BIG GIGANTIC continue to tour in support of their album, NOCTURNAL, as they prep for the release of their next album in early 2014. Available as a free download via their website www.biggigantic.net, NOCTURNAL was released in January 2012 via their own label Big Gigantic Records and has received over 750,000 downloads. The duo of saxophonist/producer DOMINIC LALLI and drummer JEREMY SALKEN spent the last year and a half on various sold-out headlining tours across the country and received rave reviews from their many festival appearances that included Lollapalooza, Ultra, Hangout, Austin City Limits, Bonnaroo and Outside Lands among many others. In September 2012, the group performed their biggest hometown show of their career when they headlined the famed Red Rocks Amphitheatre in Colorado for a sold-out show dubbed “Rowdytown” and became the first band to ever use projection mappingvisuals on the venue’s Rocks. On Saturday, September 28, 2013 “Rowdytown II” returned to Red Rocks for another sold-out event featuring a bigger lighting rig, more projection mapping and much more (watch a recap here: http://vimeo.com/ghostpixelvisuals/gpvrowdytown2). The duo leave no genre off-limits as they channel everything from funk and dubstep to house and hip-hop with their breakthrough sound. Formed in 2008, the classically trained Lalli (who received a master’s degree in jazz at the Manhattan School of Music) and Salken interpret traditional DJ-based music with live instruments and have successfully created an innovative, distinct sound that’s all their own. Their transcendent live shows are a showcase of brilliant improvisation and a tightly-knit bond between Salken and Lalli, who breathlessly alternates between keys, sax and laptop, building a futuristic wall of sound that keeps the crowd on its feet. Recently, BIG GIGANTIC debuted their new song “Love Letters” featuring Sabina Sciubba from the Brazilian Girls on Billboard.com. Listen to the track and read the story here: http://www.billboard.com/articles/columns/code/5740760/big-gigantic-with-sabina-sciubba-of-brazilian-girls-love-letters-first

THE CRYSTAL METHOD will be in New Orleans on Wednesday, October 30 for a private event but will be available for press.  Heralded by the Village Voice as “one of the best live dance acts on Earth,” THE CRYSTAL METHOD—Ken Jordan and Scott Kirkland—are gearing up for the release of their new studio album, also called The Crystal Method on January 14 to commemorate their 20th anniversary.  They have been known for almost two decades for their enduring dance floor anthems (“Now Is The Time,”“Keep Hope Alive”), airwave smashes (“Trip Like I Do”) and a willingness to collaborate with an array of talent–-including rock’s elite like Scott Weiland, Matisyahu, New Order’s Peter Hook, Emily Haines of Metric and Filter’s Richard Patrick. The duo has dominated the remix, film soundtrack, television, gaming and advertising worlds, including helping Victoria’s Secret drop jaws with music for a TV commercial campaign and collaborating with soundtrack heavyweight Danny Elfman for several contributions to Hollywood blockbuster Real Steel.  Their platinum-status debut album Vegas (released in 1997) is one of the biggest-selling electronic albums of all time, landing them in the top five of best-selling electronic acts in America. They scored the film London, as well as the themes for TV shows “Bones” and “Third Watch,” and were the first act to work with Nike for their running soundtrack series. THE CRYSTAL METHOD were also featured in RE:GENERATION, a documentary film directed by Amir Bar Lev(My Kid Could Paint That, The Tillman Story) and produced in association with The Grammys that looks at the history, songwriting and studio process of different musical genres through the eyes of five of the most influential electronic producers/DJs in music today including Mark Ronson, DJ Premier, THE CRYSTAL METHOD, Pretty Lights and Skrillex. In the film, THE CRYSTAL METHOD team with Detroit Motown legends Martha Reeves of the Vandellas and The Funk Brothers to create the R&B horn sassy and down-bass “I’m Not Leaving.” THE CRYSTAL METHOD’s weekly radio show “Community Service”–which is now entering its fifth year–can be heard every Monday at 9 pm ET and again on Thursday at midnight ET on SIRIUS XM’s Electric Area Ch 52.

Los Angeles producer and DJ DESTRUCTO makes his Voodoo Festival debut in support of his HIGHER EP, a #1 Beatport tech house release out now on Skrillex’s OWSLA imprint. It features Higher” and “2112,” both co-produced with U-Tern—along with remixes of the title track from French house producer Brodinski and Australian house/electro producer Tommy Trash. “Higher” sees DESTRUCTO melding dreamlike melodies with an unmatched funky groove, while “2112” perfectly depicts DESTRUCTO’s obsession with technology and futuristic sounds as the bouncing bass ebbs and flows from beginning to end.  “Higher” has been on large rotation on Sirius XM’s “BPM” channel, as well as played on the radio by the likes of Diplo, Zane Lowe, Pete Tong, B. Traits and others.  It was included on Skrillex‘s “Esstential Mix” in June, which set a record for the most-played piece of content in BBC Radio 1 history. DESTRUCTO (Gary Richards) is also the founder of HARD Events—the world-renowned event and festival producer recognized for landmark festivals such as HARD SUMMER, HARD Day of the Dead and the three-day electronic music cruise Holy Ship!!!  He has been included on InTheMix‘s “50 Most Powerful People in EDM” list and Do Androids Dance’s  “20 Most Influential People in EDM” list. 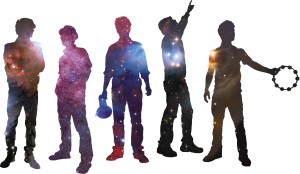 STS9–the instrumental electronic rock band hailed as “one of the country’s most intriguing, innovative outfits around” by XLR8R—will be performing a late night show during Voodoo weekend. STS9 is currently working on their 12th album, set for release on their self-owned record label, 1320 Records. Their latest studio EP, When The Dust Settles, was released in 2011 and debuted at #1 on the iTunes Electronic Chart and landed them in Billboard’s Top 25 album chart. Formed in Atlanta over a decade ago, STS9—Hunter Brown (guitar/keys), Jeffree Lerner (percussion), David Murphy (bass/synths), David Phipps (keyboards) and Zach Velmer (drums)—has risen to the forefront of the international music scene. Consistently ranked among Pollstar’s list of top-grossing touring acts, the now Santa Cruz-based quintet has sold out the legendary Red Rocks Amphitheatre (recently completing their 10th consecutive year headlining the famed venue in September 2013), performed at all the top US festivals, sold out shows across the country as an acoustic set-up in opera houses or as an electronic act in amphitheatres, performed with Jay-Z in arenas, and have raised significant amounts of money towards activism efforts (including $150,000 to the Make It Right Foundation, paving the way to rebuild a house in the Lower 9th Ward of New Orleans). STS9 spent the summer on a co-headlining amphitheatre tour with Chicago’s Umphrey’s McGee and in light of the massive Colorado flooding that recently damaged the state, the group raised over $12,000 for Colorado Flood Relief that is being split between Conscious Alliance, Flatirons Habitat for Humanity and the Boulder Flood Relief to help those directly affected from the disaster.