The Voodoo Music + Arts Experience, formerly the Voodoo Music Experience and commonly referred to as Voodoo or Voodoo Fest, is a multi-day music and arts festival held in New Orleans, Louisiana’s City Park.

Since its 1999 Halloween weekend debut, the annual event has become a Halloween tradition to music fans, both locally and others who travel from around the world. Throughout Voodoo’s 14-year run, more than one million music lovers have gathered to see performances from over 2,000 artists. The event has also been twice nominated for Pollstar‘s Music Festival of the Year[2][3]and in 2005, Voodoo founder Stephen Rehage and his team were presented with a key to the city, following the Voodoo 2005 post-Katrina event. 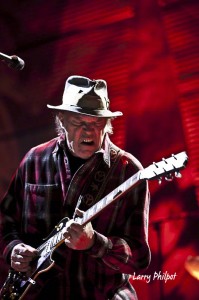 Voodoo was first held as a single day event on October 30, 1999 at Tad Gormley Stadium in City Park. Planned and executed by Stephen Rehage, CEO of Rehage Entertainment, the festival consisted of three stages and a mix of local and national acts including headliners Wyclef Jean and Moby.

As the U.S. festival market swelled, Voodoo continued its growth, increasing both the festival site and musically expanding with the addition of stages and performers.

In its second year (2000), Voodoo grew to a two-day event (which continued until 2007, when it expanded to three days) and garnered international attention with a headlining performance from Eminem in support of his just-released three times platinum major studio debut The Slim Shady LP.

Originally scheduled for Halloween Weekend in New Orleans’ City Park, the Voodoo Music Experience was displaced by the tragedy of Hurricane Katrina. While plans were in full swing to move forward with relocation to Memphis, Voodoo founder Stephen Rehage met with community leaders in New Orleans about the opportunity to move the event back home for one of its two days–as a tribute event for relief workers. Festival organizers and Memphis representatives alike agreed this was an amazing opportunity to increase the scope of the event.

On Saturday, October 29, 2005, an invitation-only celebration (previous ticketholders exempt) for police, firefighters, National Guard, military and countless others who had aided in the recovery efforts of the city was staged at Riverview Park, within the city’s Audubon Park. Nine Inch Nails, Queens of the Stone Age, The Secret Machines and the New York Dolls were among the artists who all came together in celebration of a city they love. It marked the first major multi-musical performance in the two months since Hurricane Katrina’s effects were felt in the city.

MTV News described the day, “…Voodoo Music Experience was so important. A Halloween-weekend tradition since ’99, Voodoo has always served two purposes: First and foremost, it pays tribute to the city’s diverse and deep musical culture…the crowds filed out of Riverview Park, tired and a bit muddy but happy. They all knew that it was going to take more than good luck to dig their city out of the ruins and to get their lives back on track–but at least for one night, they weren’t constantly reminded of that fact. And their exit created another positive sight: a serpentine line of traffic. The last time many of the audience members saw so many tail lights, they were fleeing New Orleans. Now, they were heading home.” The Article

While the Times Picayune noted: “Two months ago, it appeared the Voodoo Music Experience would be another Katrina casualty. But you’d never have known it on Saturday, when the festival’s trademark mix of local and national acts rocked Riverview Park…On an afternoon of flawless weather…attendees streamed into Riverview Park, the swath of reclaimed land between Audubon Zoo and the Mississippi River, for 12 hours of music and distraction.” The Article

2006 saw the debut of three distinct areas on six distinct stages within the festival’s landscape: Le Ritual, Le Flambeau and Le Carnival. Each of these areas was designed to uniquely showcase different sides of the personality of the festival and its New Orleans home: “Le Flambeau” features music and sounds consistent with the style of The Big Easy; “Le Ritual” features more mainstream music; and finally “Le Carnival” features indie bands, burlesque and circus acts.

In 2007, Voodoo expanded to three days and broke all previous attendance records with an estimated 100,000+ fans in attendance.

In 2012, Voodoo continued its evolution as a musical, cultural and immersive experience with addition of first-ever on site camping. A longtime tradition at the most renowned music festivals around the world, the inaugural Voodoo camping experience offered festival goers the chance to sleep under the stars. Camping options range from general tent camping with basic amenities to a luxurious all-encompassing camping experience.

In April of 2013, the Voodoo Music + Arts Experience announced an initial 15 acts to commemorate the 15th anniversary of Voodoo. Set for November 1, 2 and 3, the 2013, the initial 15 acts include Pearl Jam, Nine Inch Nails, Calvin Harris, Bassnectar, Paramore, Macklemore & Ryan Lewis, Afrojack, Boys Noize, The Gaslight Anthem, Big Gigantic, How To Destroy Angels, Cults, Alkaline Trio, Desaparecidos and Robert DeLong. The 15th anniversary VOODOO celebration will also mark the debut of City Park’s Festival Grounds, a new permanent home for VOODOO. Home to the VOODOO since its 1999 debut–with the exception of 2005 VOODOO which was displaced by the city’s hurricane damage–New Orleans’ 1,300 acre City Park is the region’s principal recreation site that attracts over seven million visitors each year.