This article is a guest contribution from writer and musician Zachary Evans. He plays bass in WeAreApes and contributes to @The405, @businessdotcom, and 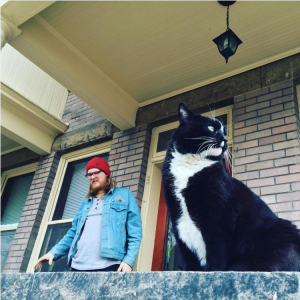 Recently, a friend sent me a WikiHow article titled “How to Organize a Gig” that left me dumbfounded.

Every entry in this article is not only incredibly basic but worse than being elementary, they are also terrible pieces of advice. In fact, they are surefire ways of ruining any chance you have of successfully organizing, booking, or promoting a show, while simultaneously making sure musicians never want to work with you again.

If you read that article, proceed at your own career risk.

Instead, here’s some better advice from my perspective as a musician who plays shows and responds to booking inquiries for my band, and has organized and promoted shows myself in the past.

If you really want to put a show together, you really shouldn’t be coming into the thing entirely blind.

In my ten years of playing shows, I have played for people who know what they’re doing and have experience, as well as people who don’t. Without fail, I can tell what the situation is the moment I start communicating with the person. It’s no coincidence, either, that this also lines up almost universally with whether a show is going to be good or not.

Want to know what makes shows work or not? Actually go to shows.

As I wrote in an earlier post about doing freelance music work, the most important thing if you want to become involved with the music scene in your area is to actually become an active member of that community. Musicians, and any type of artist for that matter, want to work with people who understand and appreciate the work they do.

This is especially true if you are not a musician yourself. By showing that you are a part of the music community, you make yourself more trustworthy to the artists you are hoping to work with, which will make them more likely to want to work with you.

Also, going to shows is a great way to get a better understanding of what makes shows work well, and make contacts with people, such as musicians, other promoters, or people at the venues, which will help you organize and promote shows yourself. When you make these contacts, you should also see it as an opportunity to learn more about the entire process and ask questions.

Be Open, Honest, and Forthcoming

Maybe the most baffling piece of advice given in that WikiHow article is when it advises you to “tell the bands they have a set 5 minutes shorter than they actually have.” If you’re new to setting up and booking shows, this is almost a surefire way to immediately lose the respect of people you’re working with.

If you’re setting up shows at existing venues, you should defer these kinds of logistics to the venue anyway. They have more experience with how shows go at their venue, and how long things like sets should be. One of the biggest things you need to remember is that in order to truly win the respect of the musicians you are hoping to book, you need to not only be honest and straightforward, but also open and forthcoming with information about the show.

It may seem like a small thing, but when I’m responding to booking inquiries that my band receives, my feelings about the show is hugely swayed by the initial outreach we receive.

While I don’t have much of a preference of whether someone reaches out to us through a message on social media (as long as it is sent privately and to the band instead of my personal accounts), or our band email, other musicians do. Because of this, you need to do your homework.

Check if a booking contact is listed before you reach out, and go through that channel.

When you get to actually sending the inquiry, I urge you to include all the pertinent information about the show in your message. Using my own band, We Are Apes, as an example, here is the kind of message that immediately makes me feel inclined to decline the show.

Nothing about this message makes me feel inclined to say yes because it simply doesn’t have enough information about the show to actually make a decision about it. Simply by adding a few small details, I would be substantially more likely to say yes to the offer.

“Hey,Would We Are Apes be interested in playing a show with [band name] at [venue] on [date]?

I cannot overstate how big of a difference this makes.

When we receive messages about shows that don’t include details like the venue, or what bands are playing, then it’s largely impossible to make a decision about the show, and I end up having to reply just to ask for these details. Unless it’s a band that we already have a strong opinion about, whether positive or negative, it’s incredibly difficult to even have a general feeling about what our answer will be.

By including general info about the show in the initial inquiry you are saving the musician time and effort, and will make them more inclined to want to work with you. Even better, if you also include information about any touring bands and include links to places to hear their music, you are making the entire process much smoother for everyone involved.

A huge issue with this original WikiHow article comes from the section about advertising and publicity.

If you want people to come to your show, you need to know how people learn about live music events, which is predominantly through social media. In my experience, an overwhelming majority of people who attend a show learned about it through a Facebook event that they were either directly invited to or they saw shared by the venue, promoter, or one of the bands playing.

Doing more traditional marketing like putting up posters can still be of some value, especially if they are strategically placed to target people who would be interested. However, this greatly limits the amount of people you will be able to reach, as well as the level of interaction people will have with your marketing.

With a Facebook event, however, you can not only reach a much larger amount of people about the show but also post content about the bands playing in order to convince people to attend. With a static medium like a poster, you are relying on the person who sees it being immediately interested because of previous knowledge of the bands playing.

Understand each social network, so you can do the best possible job of targeting the right audience. By utilizing social media and online platforms to promote your music event, you also have a much greater ability to track the effectiveness of your tactics, and make adjustments where you need to.

You should also utilize a variety of social channels for a balanced promotional approach.

While Facebook is becoming increasingly ubiquitous in society today, you still shouldn’t rely on it to reach everyone that you want to. According to research by The University of Alabama at Birmingham’s Collat School of Business, embracing a variety of social channels is a key for any entrepreneur to communicate both with their customers and those they are working with.

Take a moment and think about your ideal audience, then ask yourself where are they most likely to hang out on social media. The most followed brand on Instagram is MTV, so there is a really good chance music fans are on Instagram.

Zachary Evans is a freelance writer and musician from Boise, Idaho. He graduated from Boise State University with a Bachelor’s Degree in English with an Emphasis in Creative Writing in 2013. He now spends his time writing, reading, playing bass in the band We Are Apes, and dreaming of the Seattle Mariners winning The World Series someday. You can follow him on Twitter: @ZacharyMEvans