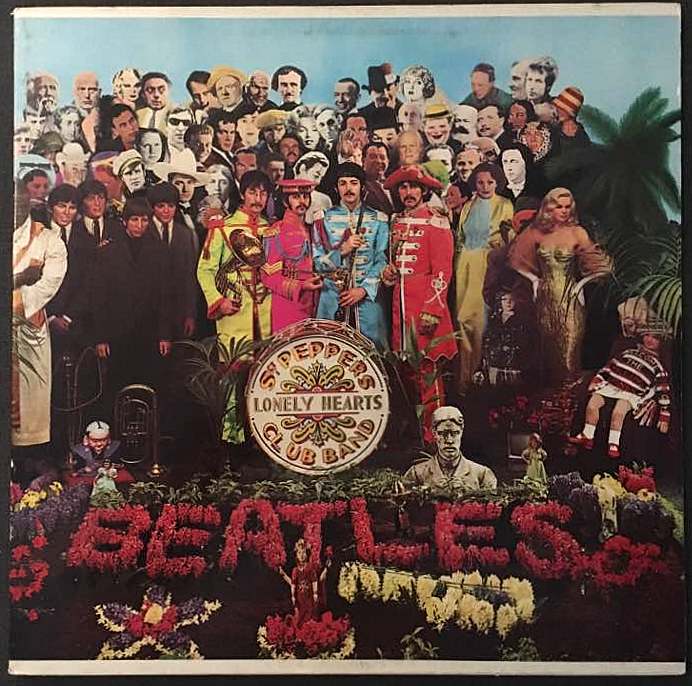 The release of Sgt. Pepper in 1967 ushered in a social, cultural, and musical legacy landmark that crossed borders and spanned the globe.

Rolling Stone Magazine named The Beatles’ Sgt. Pepper’s Lonely Hearts Club Band as the best album of all time. The iconic album is celebrating its 50th anniversary with a  stereo version and a beautiful box set with all the hits remixed and ready to re/discover. The stereo version sounds different from the original 1967 mono mix. It almost sounds like a different album with the glaring contrast in clarity, tone, and quality of the stereo mix. Listening to the album today, it’s hard to believe 50 years have passed since its release on June 1st, 1967. The album was #1 on Billboard’s charts for 15 weeks straight and reshaped popular music with a progressive new sound and innovative production/engineering techniques by the brilliant, George Martin.

It was the soundtrack for the Summer of Love and people played it everywhere. Floating out from car stereos, transistor radios and record shops like patchouli incense, it was a unifying experience that millions shared. The album changed the collective consciousness of an entire generation and created a seismic shift in popular music that is still felt today. For the Beatles, it was a vigorous effort to say goodbye to mop-top marketing, matching suits, world tours, and assembly-line record-production. “We were fed up with being Beatles,” McCartney said in Many Years From Now, Barry Miles’ McCartney biography. “We were not boys, we were men… artists rather than performers.”

This album changed everything in the music world; from radio programming and formatting, to how the music industry packaged albums and marketed music, and how people listened to and purchased popular music. Sgt. Pepper was a trailblazer as a “concept album” because, for the first time, the industry recognized that a cohesive concept album could make more money than a single. The album includes classics like “Lucy in the Sky With Diamonds” and “With a Little Help From My Friends,” as well more experimental songs like “A Day in the Life” and “Within You Without You.” The Beatles’ Sgt. Pepper’s Lonely Hearts Club Band elevates rock ‘n’ roll to an art form and it isn’t just “art for art’s sake.” The album not only holds up today, it’s the brass ring few bands will ever reach.