Which # Beatles album consisted only of Lennon/McCartney compositions? 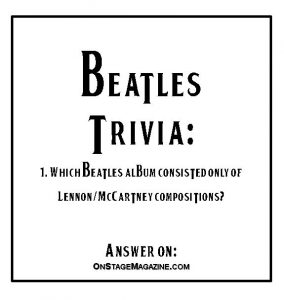 This was the title song to the first of five Beatles movies. It got two Oscar nominations and was a critical and commercial hit.

The title was taken from an expression Ringo Starr used. In a 1964 interview with DJ Dave Hull, Ringo explained: “We went to do a job, and we’d worked all day and we happened to work all night. I came up still thinking it was day I suppose, and I said, ‘It’s been a hard day…’ and I looked around and saw it was dark so I said, ‘Night!’ So, we came to ‘A Hard Day’s Night.'”

John Lennon used the phrase “A hard day’s night” in his 1964 book, In His Own Write, before it was used as a song, or movie title. He used it in the short story titled, “Sad Michael.” 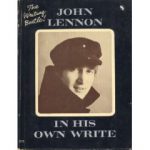 “There was no reason for Michael to be sad that morning, (the little wretch): everyone liked him, (the scab). He’d had a hard day’s night that day, for Michael was a Cocky Watchtower.” ~John Lennon

In order to save money,  the movie, “A Hard Days Night” was  shot in black and white. The Beatles title song was written and recorded in a little more than 24 hours.  It had to be done quickly because the film name was changed from “Beatlemania!” to “A Hard Day’s Night” during production.

Walter Shenson, who was the movie producer of A Hard Day’s Night, told PBS in an interview that he told John, “You need to write a song that will incorporate the movie’s title,” and Shenson was amazed when John came in the very next day with the song. He thought John would labor over it for days or weeks.