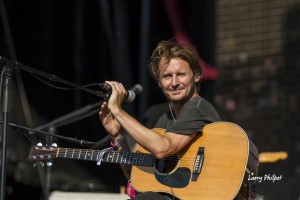 This brilliant musician has sort of vanished from the scene, but I was fortunate to catch him live at Austin City Limits in 2015, and he is just incredible. Why doesn’t he get any airplay? I never hear him on the radio, even our little AAA station that introduced us to the Lumineers, The Head and the Heart, and Ed Sheeran, who, six months later, opened the Grammys with Elton John. So where is Ben Howard?

Certainly, Howard is an “Indigo Child”, sometimes called a “Crystal Child”, who are prone to depression, are very often bi-polar but have knowledge almost pertaining to a sixth sense. I believe this is why the lyrics are both deep and saddening, and he seems to have a unique style of playing guitar. Even with gloomy, heartbreaking songs, he smiled for me often, ignoring the crowd of thousands, permitting me to photograph an entire gallery in just one song. If you’re not familiar with Ben Howard, you just don’t know what you’re missing. Your mini-playlist for this gloomy Sunday is 1. The Fear, 2. The End of the Affair, and 3. The Rivers in your Mouth.