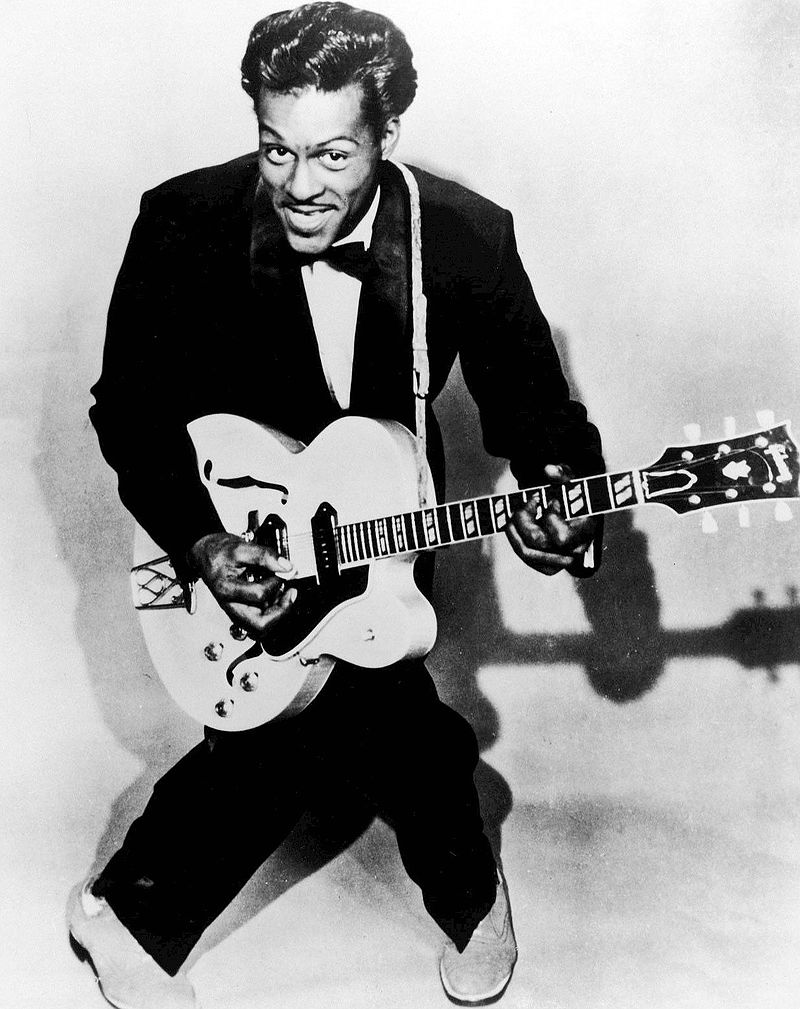 “If you tried to give rock and roll another name, you might call it ‘Chuck Berry’.”
— John Lennon

Rolling Stone Magazine listed him as #5 of the 100 Greatest Artists. Many early rockers, among them The Beatles and The Stones, would call him one of their greatest influences. Charles Edward Anderson Berry was born on October 18, 1926 and he died today, March 18,2017.

Electric on stage, Chuck Berry penned many of the songs that would become the core of fundamental rock and roll. “Maybelline,” “Roll Over Beethoven,” “Rock And Roll Music,” and “Johnny B. Goode,” the song which would become the anthem for thousands of kids learning to play guitar while dreaming of a musical career.

Chuck Berry was found dead at a home outside St. Louis. He was 90.