There are few patterns in how Elvis celebrated the coming of each new year. Only three times did Elvis perform on New Year’s Eve—once at the start of his career and twice at the very end.

In 1955, December 31st fell on a Saturday, so Elvis worked his regular gig on the Louisiana Hayride, broadcast out of Shreveport, Louisiana. The Louisiana Hayride launched the careers not only of several country-music giants, but also of a young, genre-crossing singer named Elvis Presley, the future King of Rock and Roll.

A lot happened in Elvis’s life over the following 12 months and by the time New Year’s Eve rolled around again in 1956, he was the most famous entertainer in the country. We know that Elvis was scheduled to appear, on December 31st, between 3:30-4:30 p.m. on Dewey Phillips’ Pop Shop, a new TV show broadcast from Memphis. Dewey Phillips was the first DJ to play an Elvis Presley record at the bequest of Sam Phillips of Sun Records. 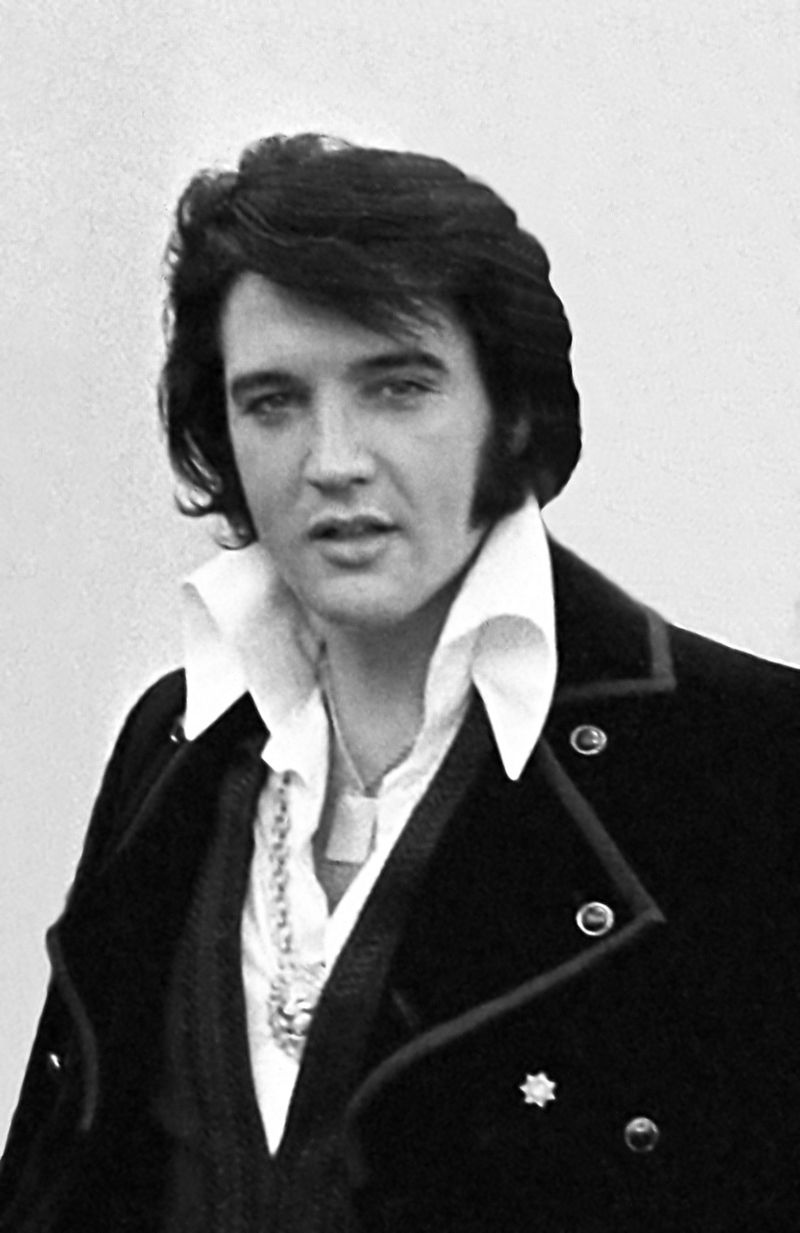 In 1962 Elvis started a New Year’s Eve tradition that would continue through the end of the decade. He hosted a party at Memphis’s Manhattan Club with a fantastic fire work display for over 200 family, friends, and fans. He hosted seven of these celebrations between 1964-1970.

Elvis was on the road for the last two New Year’s Eves of his life.

On December 31, 1975, he appeared at the Silverdome in Pontiac, Michigan. An estimated crowd of 60,000 shared the coming of the New Year with Elvis and his band. The next day in the Detroit News, writer Mike Maza reported the following:

“Presley hit the 50-yard-line at 11:10 pm. Women in glittery dresses and billowing pantsuits joined kids in a rush toward the stage. Lots of screaming. Everything flickered as a generation of flashcubes meets oblivion … Almost midnight: A 10-second countdown ends in cheers … spotlights swirl and balloons float down from the empty upper tier as Elvis and his fans sing, ‘Auld Lang Syne.’” 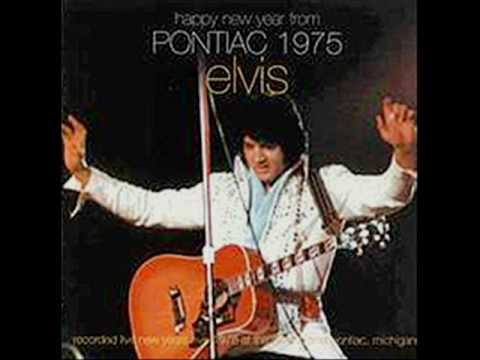 On New Year’s Eve 1976, the last New Year’s Eve Elvis would see, he was again on stage, this time at Civic Center Arena in Pittsburgh performing for a crowd of 16,049. According to Mike Kalina of the Post-Gazette, “After three opening acts and a lengthy intermission, Presley bounded on stage 35 minutes before midnight, but you would have thought the clock had struck 12. He received an ear-deafening ovation punctuated by thousands of blasts from flash bulbs and a patchwork of ‘We-Love-You-Elvis’ signs hoisted aloft. Presley had perhaps the most captive audience since Johnny Cash played Folsom Prison. And rarely did he lose his iron grip on the crowd during his 90 minutes on stage. “At the stroke of midnight,” Kalina reported, “the house lights went up and Elvis led the crowd in singing ‘Auld Lang Syne.’

Elvis wouldn’t live to see another New Year, but fans can be thankful that he chose to share the last two New Year’s Eves of his life with them.