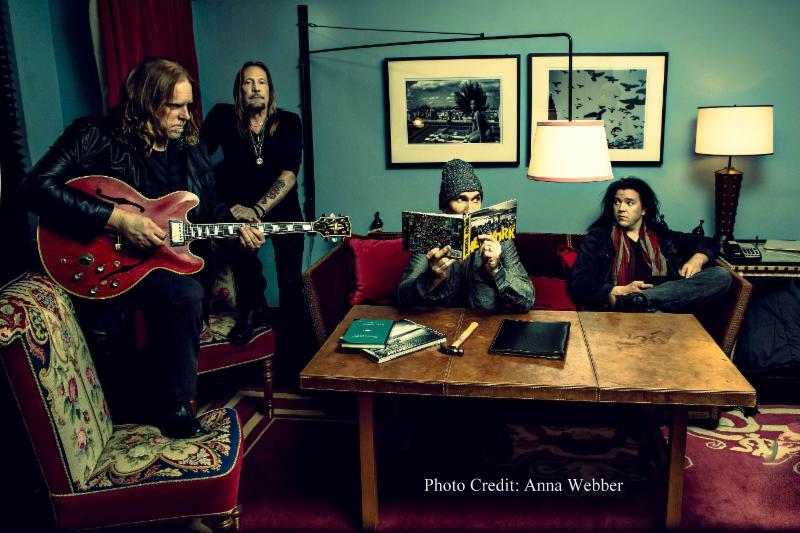 GOV’T MULE
New Archival Album ‘The Tel-Star Sessions’ out August 5th
Tickets for Smokin’ Mule 2016 Tour On Sale Now – with Special Guest Blackberry Smoke
Legendary rock torchbearers Gov’t Mule will release a new archival album entitled The Tel-Star Sessions on August 5, 2016 via Evil Teen Records. The LP consists of the band’s very first, and never-before-released, demos made in June 1994 at Tel-Star Studios in Bradenton, Florida. These newly mixed and mastered recordings feature the original line-up – Warren Haynes, Allen Woody and Matt Abts – and capture the rawness and excitement of the earliest days of Gov’t Mule. Consequence of Sound has premiered the first track from the album, the band’s version of ZZ Top’s “Just Got Paid” – PRESS HERE to listen. The song will beavailable as a digital single and instant grat track with the Mule.net pre-order bundle available now and the album pre-order available on Friday, May 13 on iTunes,Apple Music and Amazon. What was originally intended to be the band’s debut album, but then subsequently shelved until now, these 10 songs will be available digitally and as a single CD, as well as 180-gram double-vinyl set including a limited edition version with different artwork and white vinyl.
The release of The Tel-Star Sessions will coincide with Gov’t Mule’s Smokin’ Mule 2016 Tour with special guest Blackberry Smoke, which will include a show at Colorado’s famed Red Rocks Amphitheater on August 25th. Mule is currently on tour in the UK and Europe and will be heading back to the States to headline Mountain Jam in June. Full tour routing below. For ticket info, please visit www.Mule.net.
Recorded during the infancy of Gov’t Mule, the demos heard on The Tel-Star Sessions are from a time when Mule was an adventurous side project, formed during a year when Warren Haynes and Allen Woody had some down time from their work with the Allman Brothers Band. Becoming one of the most enduring, respected and active bands in the world was the furthest thing from the band’s imagination; the plan was to record a low-budget album and play a few shows. It’s now clear that they had stumbled upon something special, but at that point Mule was an experimental rock trio: Haynes, Woody and drummer Matt Abts, who Haynes brought in after playing with him in the Dickey Betts Band. Fans will love the chance to hear their early improvisational interplay, an impressive skill that has since become a signature of Gov’t Mule’s albums and live shows.
Collaborating with Allman Brothers sound engineer Bud Snyder, and taking legendary producer Tom Dowd’s advice to record all instruments simultaneously live in a room, Gov’t Mule holed up in Tel-Star Studios and sought to bring back the rock power trio and “dirty up” the bass guitar – a style that had been a marker of rock music prior to the ’80s. Their influences leaned heavily on the likes of Cream, Jimi Hendrix Experience and ZZ Top, but Mule’s search to bring back a familiar sound is mingled with grunge and alt-rock influences that had just emerged in the early-mid ’90s. Little did they know that the magic created during these sessions would spark such a prolific musical journey. It is undeniably enthralling to go back in time and experience how it all began.