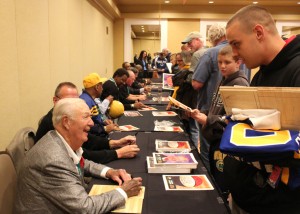 A $1.4 million purse, a free concert by Josh Kaufman, some Indiana Basketball legends, and more…

(all photographs courtesy of Centaur Gaming, and Jamie Linscott) 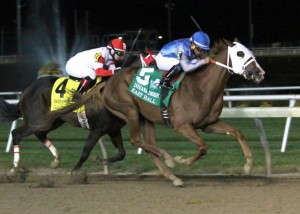 “This will be the first year in the history of the Derby it has not been held the first Saturday in October,” said Jon Schuster, vice president and general manager of racing at Indiana Grand. “We knew there was some risk in moving the race to July, but with better weather and a look at the horses on the nomination list, I believe the move has only strengthened this race, which has always received national attention.”

The Indiana Derby Festival, beginning Thursday July 16, will include:

The Indiana Derby Festival celebration begins on Thursday, July 16 at the Race Course Clubhouse with A Salute to Our Armed Forces, featuring special military guests, patriotic music and more.

The Devonshires kick things off with a classic rock spectacular, followed by a free concert at the race course from Indiana’s own Josh Kaufman, winner of NBC’s “The Voice” season six.

o   Members of the 1954 Indiana State Championship basketball team from Milan High School, the inspiration behind the movie “Hoosiers,” will serve as the honorary chairmen for the Indiana Derby (alongside Josh Kaufman)