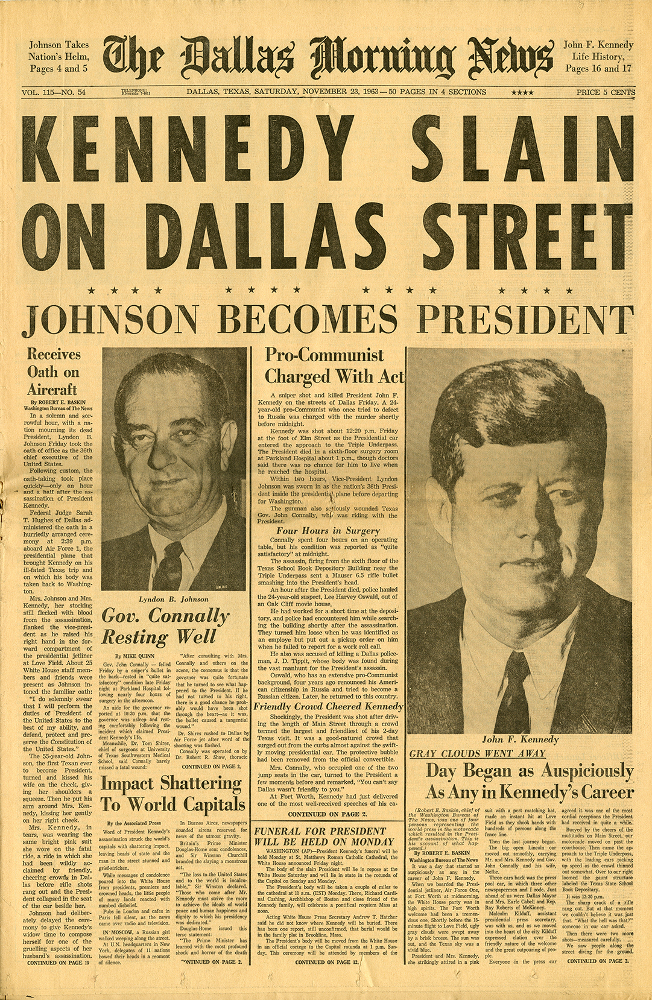 John Fitzgerald Kennedy, the 35th president of the United States, is assassinated while traveling through Dallas, Texas, in an open-top convertible on November 22, 1963.

The next day, November 23, President Johnson issued his first proclamation, declaring November 25 to be a day of national mourning for the slain president.

The official Warren Commission report of 1964 concluded that neither Oswald nor Ruby were part of a larger conspiracy, either domestic or international, to assassinate President Kennedy.

AND THAT’s the Official Story — nothing to see here folks — move it along please.