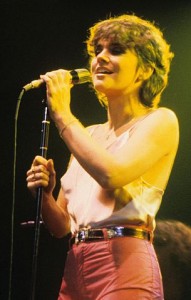 AARP reports that legendary singer Linda Ronstadt, 67, told AARP today that she “can’t sing a note” because she suffers from Parkinson’s disease. Diagnosed eight months ago, Ronstadt began to show symptoms as long as eight years ago. But she ascribed her inability to sing to a tick bite (“my health has never recovered since then”), and believed the shaking in her hands resulted from shoulder surgery.

In a wide-ranging interview with AARP’s music writer Alanna Nash to be published on aarp.org next week, Ronstadt revealed how she discovered that “there was something wrong” with her voice.