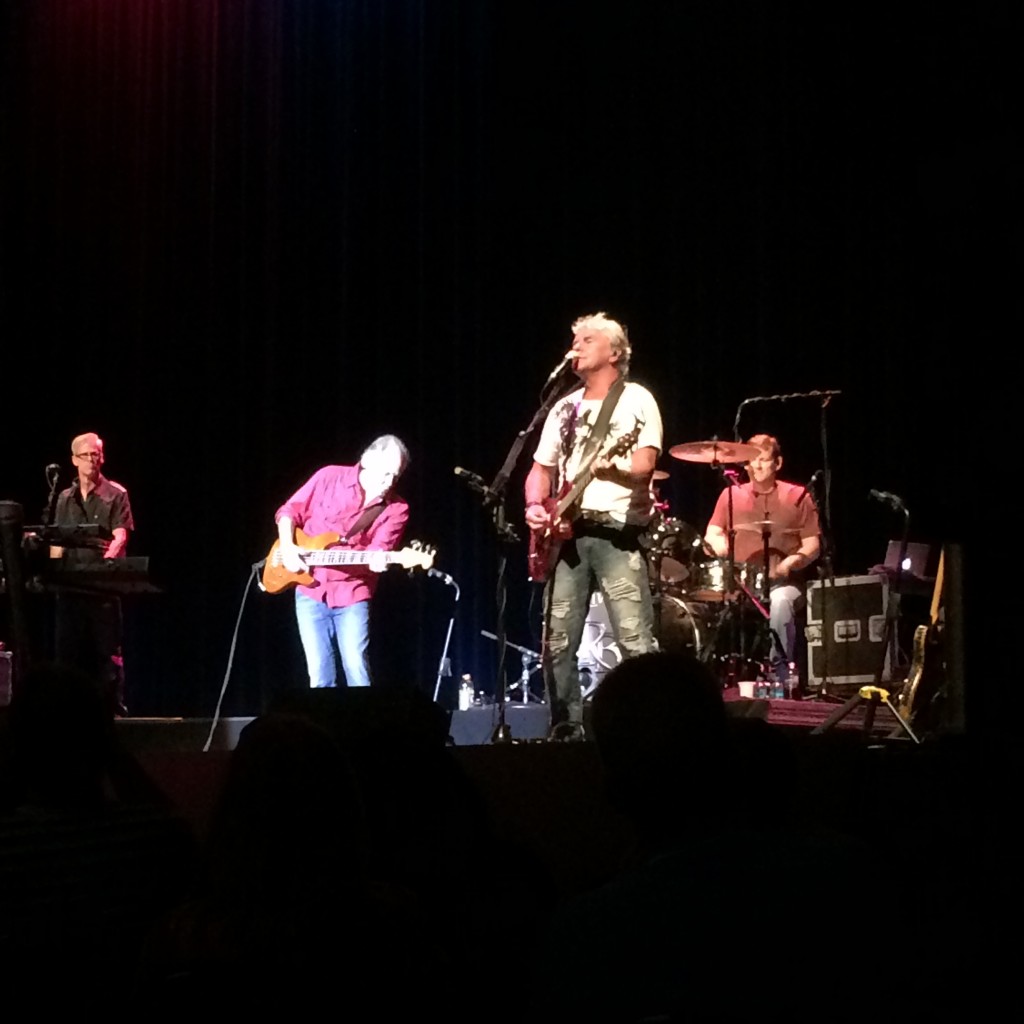 The evening’s weather forecast was at the very least, ominous. Severe thunderstorms would be passing through close to showtime, and again at the end of the show. Most of us were lucky, having beaten the raindrops into the comfort of the Bergen Performing Arts Center in Englewood, New Jersey.

The Little River Band opened the night with a little a capella intro into “It’s A Long Way There,” just in case you may have forgotten just how strong their five part harmonies can be. Though the band has gone through many changes of personnel over forty years, the integral sound is still very much alive. 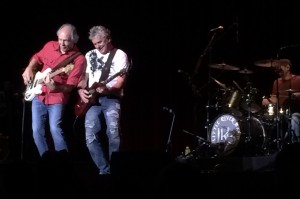 Bass player Wayne Nelson has taken over most of the lead vocal duties, though Greg Hind gets plenty of lead time as well. The LRB has a deep catalog of hits with hooks that you can’t get out of your head. All the songs you remember would be played this night, with “Man On Your Mind” as the next in line.

After greeting the crowd and asking if they were ready to sing, the band launched into “Happy Anniversary.” While the set list was heavy on the hits, they didn’t ignore their most recent album, Cuts Like A Diamond, with fine versions “The Lost And The Lonely” and “I’m An Island.” But with an older crowd, the night would indeed be about “Reminiscing.” As the band played the opening notes to their 1978 hit, a couple, several rows ahead jumped up and started dancing in the aisle. It was their song, their moment and the band smiled. You could only wonder how many times over the years this same scenario has occurred. To see on a nightly basis, how your music has touched the lives of people must be a kick that you never get tired of. 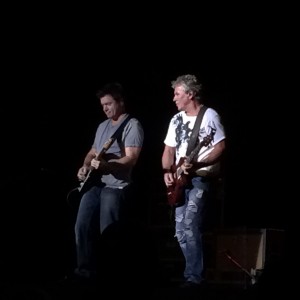 While “Help Is On Its Way” needed no introduction, for the second time of the night, Nelson gave a shout-out to our service personnel fighting for freedom. It definitely helped put the song in the right perspective. Though they are primarily known for their pop style, the musicianship of the band cannot be discounted. Rich Herring on lead guitar moved easily from pop to blues to full rock and beyond. Working the beat along with Nelson, Ryan Ricks on drums worked seamlessly with the bassist to keep a great rhythm line. Chris Marion’s solos throughout were sweet and memorable. Though Nelson does most of the lead vocals, Greg Hind with his energy and swagger, is not left out of the spotlight.

“Lady” got the audience singing right from the start, but that sing-a-long was nothing compared to the audience vocals for their closing number. There was little doubt the last song would be their 1979 hit, “Lonesome Loser.” With one of the greatest chorus hooks in rock, “Lonesome Loser” closed out the evening with the crowd on their feet. Not a bad night’s work.

The attendance was nowhere near a capacity crowd this night, but you could never tell from the performance. On a night when some veteran bands would have mailed it in, the Little River Band gave it all. Interacting with the audience, making eye contact, playing hard and just working their butts off, the LRB fed off the enthusiasm of the crowd. The band is tight and the five-part harmony is dazzling.

As the crowd walked out into the night, only a light rain was falling. Apparently the thunder and lightning took place as the LRB created their own electrical storm inside.