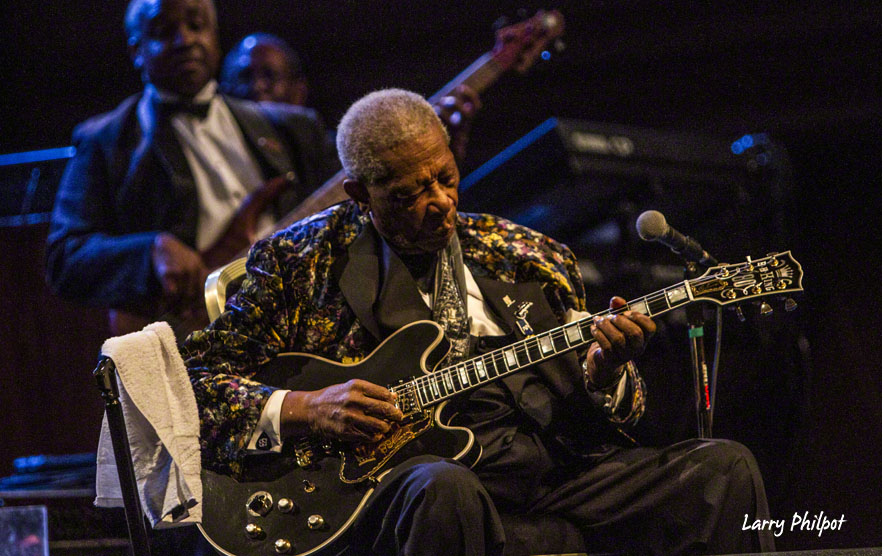 “There are so many sounds I still want to make, so many things I haven’t yet done.” __B.B. King

He was born Riley, established his legend as the Blues Boy, and earned the love and respect of every successive generation as B.B., or Mr. King if you will. After 89 years of good times and bad times, B.B. King has died; his fifty+ year conversation with Lucille is now over.

B.B King did not have the easiest life, none of the Blues musicians of his era did. But he took that life, played it on his strings, and it was called the Blues. Isn’t it strange how pain can sound so beautiful.

He played for kings and queens, those of the real world and musical royalty as well. B.B. King not only influenced blues players, but rockers from The Rolling Stones, to Jeff Beck to Eric Clapton, have all lined up to act as second fiddle when they let B.B. take the stage with them.

A member of the Blues Hall of Fame, The Rock and Roll Hall of Fame, and the recipient of NARAS Lifetime Achievement Grammy Award, B.B. King was not only respected throughout the industry, he was loved by those in it, and by most anyone who heard his signature style of guitar playing.

“When I sing, I play in my mind; the minute I stop singing orally, I start to sing by playing Lucille.”

If you’ve never seen B.B. play, you might not understand the conversation he had with his guitar, Lucille. He would sing or play, but not at the same time. He would sing a line then play her. It was the most intimate of conversations, but he shared it every night onstage.

We may have lost a legend, but his style, influence and music will always remain. That Thrill will never Be Gone.