New Royalty Bill Could Change Radio For The Better 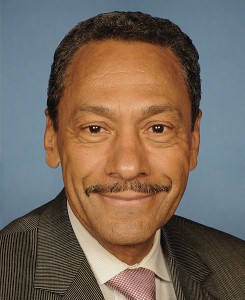 North Carolina Representative Mel Watt (D) has announced that he’s going to introduce new legislation before the next Congressional recess that will require broadcasters to pay performers a royalty on all the music that they play. Unbelievably, terrestrial broadcasters in the United States are not currently obligated to do so, thanks to the strong lobbying effort of the National Association of Broadcasters (NAB). Broadcasters in most parts of the world already pay these royalties, and US broadcasters on the Internet, satellite and cable do so as well.

Terrestrial radio is a different beast though. Right now radio pays only the songwriters, not the performers, for the songs they play. That means that the writers of a song like “You’ve Lost That Lovin’ Feeling” (the most played song in the US in the 20th century) get paid for every one of it’s more than 8 million plays while the Righteous Brothers, the recording artists of the song, never made a penny from any of it.

Performance rights royalty legislation has been brought up several times in the past, and the NAB has always managed to bury it by painting the act with doom and gloom, warning that radio stations everywhere will either go bankrupt, or turn to talk radio because they won’t be able to afford to play music any longer.

I’m not sure if this year’s version of the Performance Rights Act will get any more traction than its predecessors, but I can give you some possible scenarios that might happen if by some unforeseen quirk of nature that it happens to pass.

Scenario #1 would find “Big Radio” (the station groups like Clear Channel that control most of music-oriented radio as we know it today) pay the royalty, make slightly less profit than they’re usually used to making, and move on with business as usual.

Scenario #2 is a lot more intriguing though, as Big Radio moves to shed all but its most profitable stations because of a suddenly skinnier profit margin than ever. This would cause a rise in local mom and pop ownership again, which would bring radio back to its roots of catering to local listeners. That would mean more local news and shows, and especially, local music. More local music scenes would burgeon as a result, which would take some of the homogenization out of the current music we’re exposed to (travel around the country and listen to the radio – it seems like the same playlist everywhere you go). We’d get both new music and new points to inject music into the system, since the local program directors would go back to making the decision about what to play, instead of the decision coming from a centralized consultant like we have today. This would allow the local airplay to better reflect the tastes that particular area.

Maybe what’s best about this scenario is that artists who aren’t songwriters can find another income stream if they get airplay, even though it may be small. Let’s face it, hearing themselves on the radio is still an artist’s dream. It would be even better if they could get paid for it too.

As much as I’d like to see the above happen, it’s pretty unlikely. There doesn’t seem to be much popular support for the concept either with the public or within the House, and the NAB lobby is as formidable as they come. But it’s nice to be able to dream about a different kind of radio for just a bit.