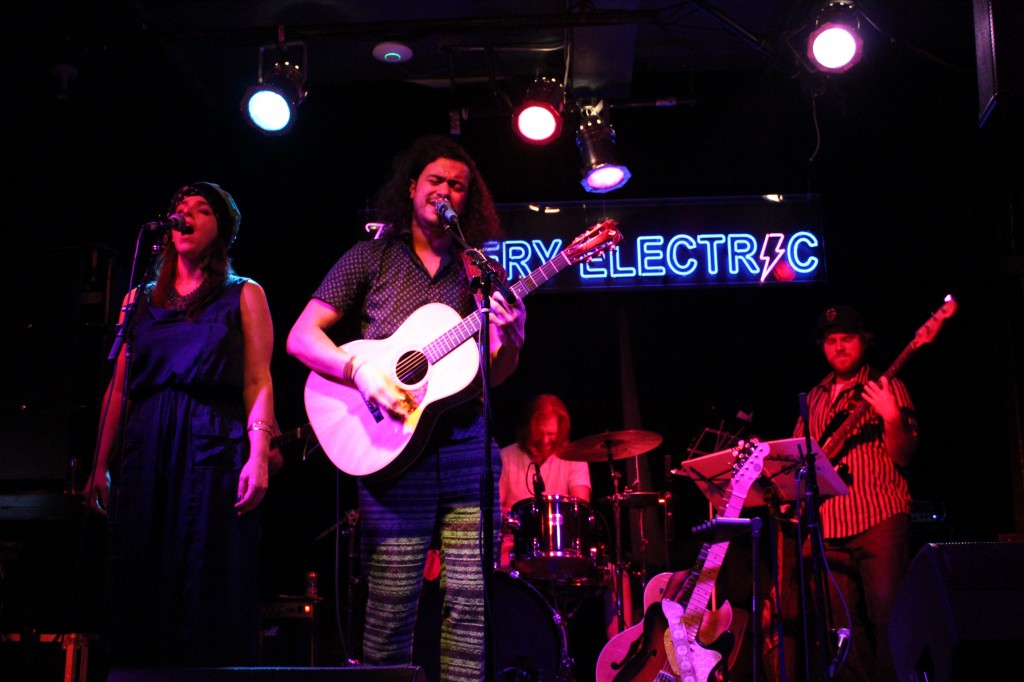 As the rain fell early into the second night of the CMJ Music Marathon, Oh, Cassius! took the stage at Bowery Electric on the Lower East Side of Manhattan. The Bridgeport, Connecticut band is led by singer-songwriters John Torres and Meredith Di Menna, and offer up an interesting, but hard to categorize sound. 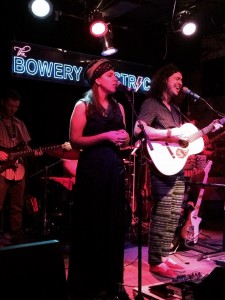 Their low key demeanor masked what had to be a mixture of excitement and nerves as they played not only their first show in NYC, but also played as part of the CMJ showcase for the Tijuana Gift Shop. While there is some Of Monsters and Men influence, the music of Oh, Cassius! itself blends something old and something new. With vocals that either fuse both voices together or ones where hers plays under his, the overall effect is both haunting and engaging.

Their set was an enjoyable ride, shifting styles and keeping it interesting. The title of their newly released EP On Such a Full Sea Are We Now Afloat, is a perfect description of the music. It encompasses several genres and lets you drift from place to place as you hear it.

The music of Oh, Cassius! offers a musical journey different from most of what’s being presented right now. It’s a refreshing change. 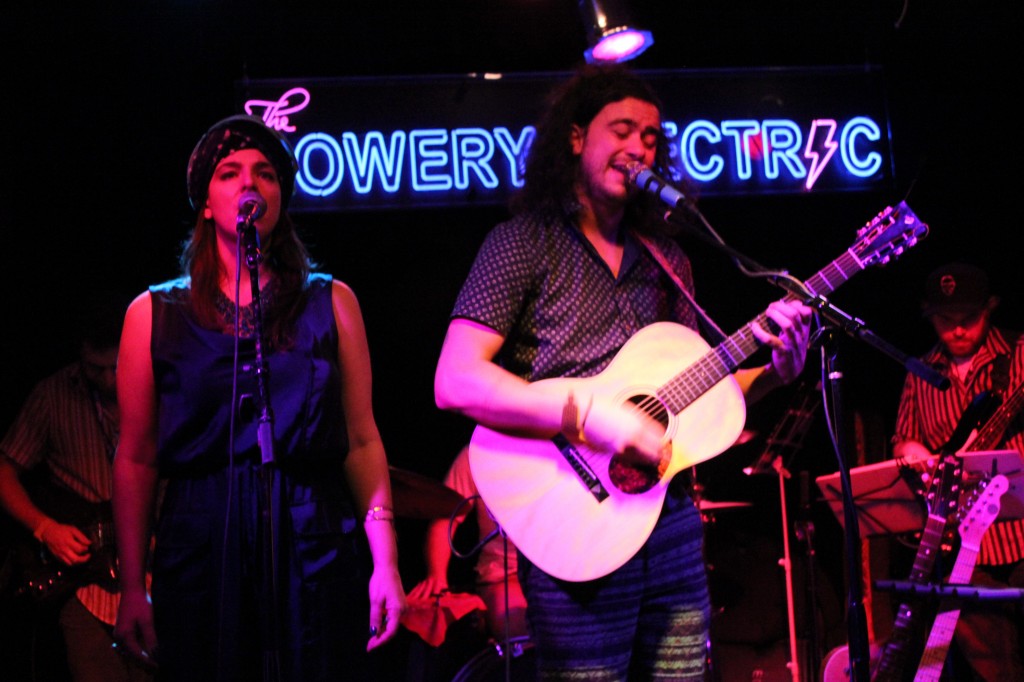