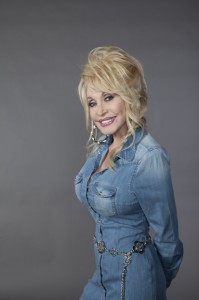 The calling card of country music has always been its authenticity. The defense/marketing campaign of the genre, specifically compared to the quickly changing fashions and trends of pop music, is that no matter how hokey traditional country music can be, it’s about honest emotion, it comes from the heart, it is the by God genuine REAL DEAL, etc., etc., etc. Dolly Parton may have gotten that memo in 1971, but in 2014 her act is as fake as her wig and her fingernails.

Before the show, I had read several reports that Dolly now heavily relies upon lip-syncing for her concerts. Going back to 2004, Dolly admitted that, “Yes, there are portions of the songs in the show that are pre-recorded. It’s an effort to entertain by being able to have a bigger production and, hopefully, a better sound.’” In a review of a 2011 performance on the No Depression website, writer Melody Walker noted, “It was clear by the end that Dolly had lip-synced at least half of the concert and had pantomimed playing almost every instrument known to man.” During last night’s show, at one point she was “playing” some ridiculous power chords to her version of the Fine Young Cannibals’ “She Drives Me Crazy” (with the lyric changed to “You Drive Me Crazy”). Later in the song, she “played” the same power chords, but no sound came from her guitar. The tour manager then stopped for several minutes due to “sound difficulties.”

I was nowhere near the stage, so I couldn’t tell how much of the vocals were pre-recorded. She would take several obvious gasps and deep breaths during her lengthy song introductions, but that never happened when she was “singing.” From her whispers to her screams, she didn’t hit a wrong note all night. Even when she was moving her handhold microphone or clapping on it, the tone and the volume of the vocals did not change. As I left the show, I heard several people gush in amazement about both the vocals and how many instruments she played. Her “solos” on a miniature saxophone were so obviously faked that it came across more as kitschy than an attempt to fool the audience.

Beyond the fact that the show relied heavily on production tricks, the entire evening looked and sounded more like a Vegas brand of country music than the real thing. The set included the mandatory large video screen that changed images throughout the night. Dolly talked and talked and talked throughout the show. She went heavily into her biography – about her Pentecostal roots and her Grandpa’s disapproval of her makeup (“And I told him, ‘I shouldn’t have to look like hell to get to heaven.’”). She talked about her mother and her father and their large family and the town tramp that she patterned herself after and the Smoky mountains and working in films and she did boob jokes and she pushed the new album and quipped about her greed and it all got kind of exhausting. The show started at about 8:10 and included a thirty-minute intermission (which was longer than scheduled due to “sound issues”) and ended at about 10:45. Thank God there was no opening act.

Ultimately, there was not one moment of the performance that sounded genuine or conveyed any real emotion. There is nothing inherently wrong with glitz, but Dolly has spent so much time focusing on her image and her bank account, that she has no energy left to put any heart into her music. I spent over $150 for two of the cheap seats at the sold out casino gig and in return for  my money, I got a lengthy Milli Vanilli tribute show.

My Mountains, My Home

Coat of Many Colors

Together You and I

Lay Your Hands on Me

You Drive Me Crazy

Banks of the Ohio

Islands in the Stream

I Will Always Love You