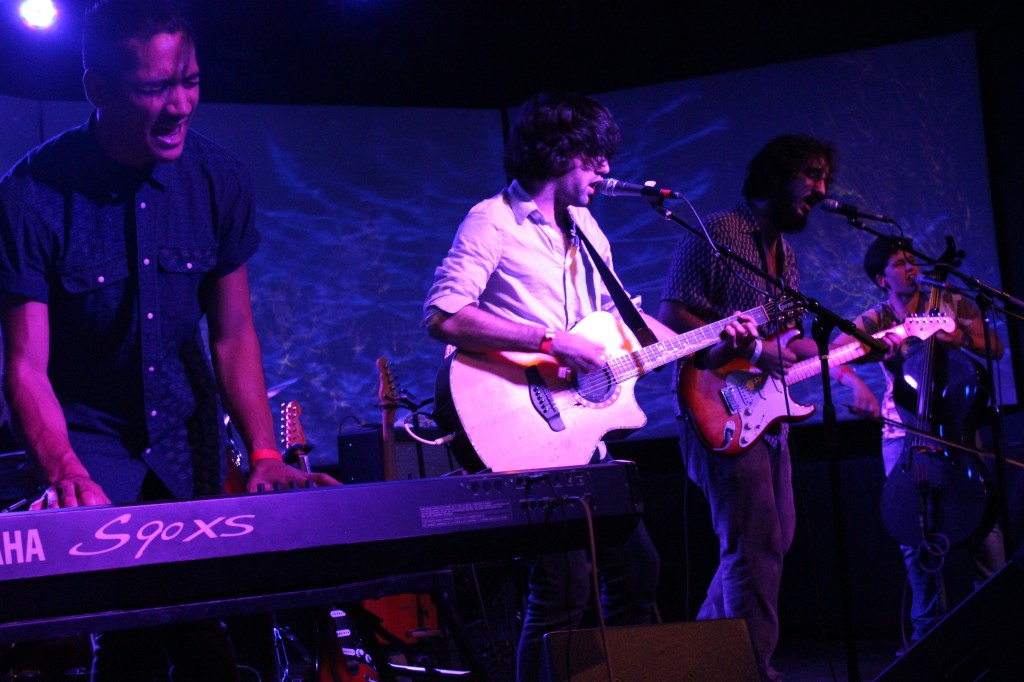 Crossing three bridges through two states and three boroughs wasn’t nearly as stressful as it could have been. After finding that on-street parking was readily available, well it seemed like the evening was off to a good start.

The Brooklyn Night Bazaar takes place on Friday and Saturday nights in a converted warehouse in Brooklyn, New York. The surrounding neighborhood is full of similar places where people hang in bars or cafes, and the music is live and loud. 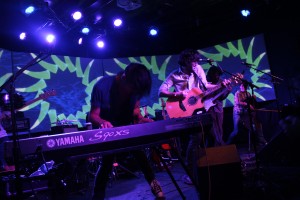 The Bazaar opens to low lights, arcade games, handmade crafts, vintage clothing, pop-up food vendors, and a stage where live music is played all night. Though the ventilation could have been better on a hot and humid night, the Bazaar was an interesting place to spend a Saturday night.

River City Extension took the stage a little after eleven. The Toms River, NJ based band has gone through some personnel changes since the release of their critically acclaimed first full length album, The Unmistakable Man, but with founder Joe Michelini still writing and fronting the band, the core sound remains the same. Defining that sound which can pull in roots, rock, calypso, folk, and other influences, is the hard part. River City Extension have been described as a band who couldn’t decide what to play, so they play everything. It’s not far from the truth. 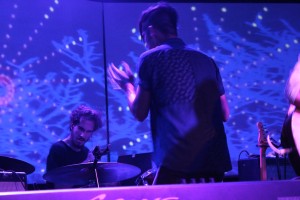 Depending on the date, location and other factors, the band’s personnel can change in number, names, and instrumentation. On this night, the number was six and they were: Joe Michelini (vocals,guitar), John Muccino (guitar,vocals), Patrick O’Brien (keys), Rachel Gawell (cello/vocals), Mike Linardi (drums,) and James Ramirez (bass).

The set began with the sound of a roots, almost tribal style drum beat and Michelini’s guitar, signaling the opening of “The Ballad of Oregon.” The smooth and easy start barely gave a hint as to the energy with which River City Extension would explode. 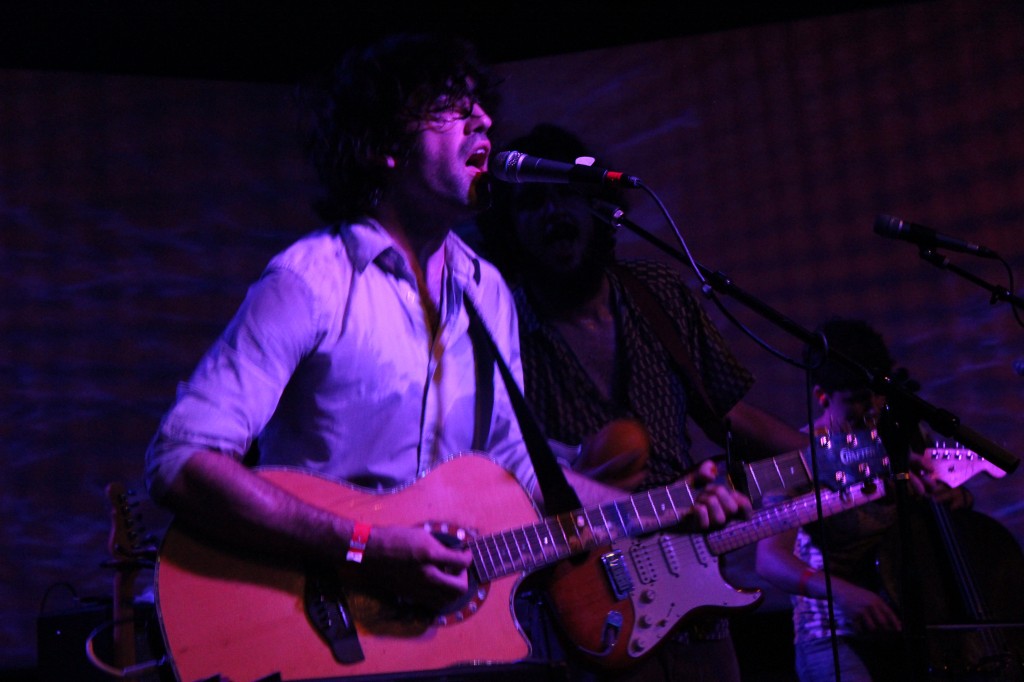 When you grow up down the Jersey shore and are in a band, there is a certain amount of life experience lived through your music. The writing of Michelini is no exception. Heartbreak, pain, desolation, and redemption have all taken their turn in his lyrics. Behind the words though, are the complex and ever changing styles he uses to create music blending some of this and some of that, into a unique gumbo… tasty as hell. 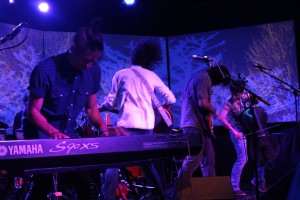 The band itself is high energy and very aware how each piece makes the whole complete. River City Extension have developed a regional following, with a shore contingent making the two hour drive into Brooklyn to help out on the singing of “South For The Winter,” a song which is a great starting point to get an introduction to what you can expect from this band.

At one point Michelini wandered out into the crowd to sing, and was quickly enveloped by the fans as they danced and sang back to him.  While not flashy or filled with rock star swagger, Michelini has a natural ability to connect with the audience, and his well-crafted songs don’t hurt either.

Interviews with Michelini reveal a man who can look back on his past with knowledge gained from the living, and one who has come to the realization that growth as a human is a fine way to grow as a musician. River City Extension while not your typical Jersey Shore band, still evoke many of those who came before when looking at the hard working, and hard rocking ethic they embody.

No stranger to the big stage, River City Extension has played the Newport Folk Festival, Bonnaroo, SXSW, Austin City Limits, Bamboozle, and The Warped Tour. While the Brooklyn Night Bazaar was a far more intimate setting, the band translated well, and with their energy, larger venues would just up the fun level.

River City Extension. Expect a new release in the fall. Catch them on tour.

The Ballad of Oregon

South For The Winter

If You Need Me Back In Brooklyn

Everything West Of Home