It’s September of 1981 and Stevie Nicks is posing for the cover of Rolling Stone Magazine  in the New York studio of photographer, Annie Leibovitz. This vintage VHS footage captures the effortless talent and enduring charm of Stevie Nicks at her peak singing a demo version of a song she was working on for her next solo release titled, “Wild Heart.”

Her debut album as a solo artist, Bella Donna, had been released in July and by the time Stevie was sitting for Annie, the album had reached number one on the US Billboard. By October of 1981, just weeks after this footage was captured, and less than three months after its release, Bella Donna was awarded platinum status by the Recording Industry Association of America.

Breaking from shooting during an on-set make-up session, a beautiful, young, hopeful, and excited Stevie Nicks delivers an impromptu live duet with her off-camera back-up singer. She chats up the makeup artist and starts to sing when someone begins playing an early demo version of her hit, “Wild Heart.” This song went on to be the title track of her second solo album released two years later, but somehow, the simplicity, innocence, and pure magic of this demo was lost during the big studio production. Nicks would put aside the innocent, natural charm so easy to see in this video with the hard edge of the 80’s, and take on a sound that we traditionally think of as “very 80’s.” This glimpse back in time lets fans see a young woman with nothing to lose, and everything to gain. 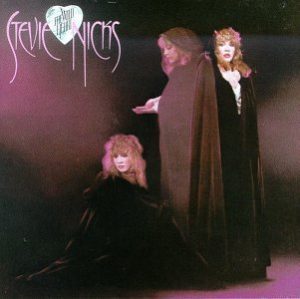 Nicks talked about this song, and the album of the same name, during a 1983 interview with Jim Ladd saying, “The song the Wild Heart is kind of an abstract song…. Wild Heart, the Where is the reason/ Don’t blame it on me/ Blame it on my wild heart, that was written in New York, Quogue. I mean at the same time that Enchanted was written. A long, long time ago, right at the same time that Bella Donna came out.

The verses; Something in my heart died last night/ One more chip off an already broken heart/ I think the heart broke long ago/ That’s when I needed you, the second verse, I run around like a spirit in flight/ Fearlessness is fearlessness/ I will not forget this night/ Dare my wild heart, that was written a good year later. Probably, what I’m saying ~ One more chip off an already broken heart ~ is probably saying that some of the love that I probably search for always, was what I needed when Lindsey and I were in love. You know, that’s when I needed to know it was all right. That’s when nobody told me.”

Stevie Nicks is touring with The Pretenders this year, on the 24 Karat Gold Tour and “Wild Heart” is part of the set list. We love both, the studio version of “Wild Heart” (especially for the technology and sound of the times) and the live version Nicks is performing on tour now; however, what fan wouldn’t love to hear this song re-vamped and taken back to this stripped down version? We hope you enjoy it as much as we did. 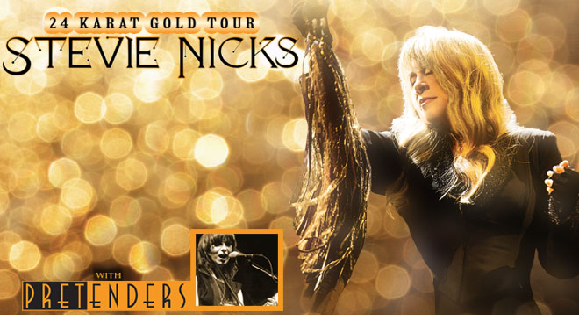