The UK powerhouse, Tears for Fears, is back on tour, and it has been a long time coming

A comfortable mid 70s temperature set the stage for this year’s tour of Tears for Fears, who prematurely ended their 2017 tour. With opening supporting act Garbage, the temperature raised dramatically to a red hot entertainment showcase. 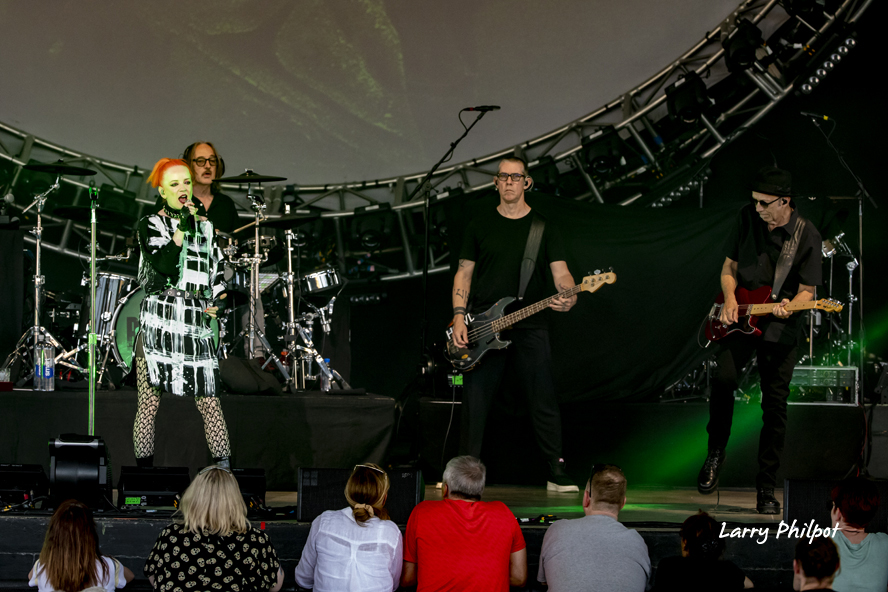 The band’s eponymous debut album was critically acclaimed upon its release, selling over four million copies and achieving double platinum certification in the United Kingdom, United States and in Australia. It was accompanied by a string of increasingly successful singles from 1995 to 1996, including “Stupid Girl” and “Only Happy When It Rains”.[7][8] Follow-up Version 2.0, released in 1998 after a year in production, was equally successful, topping the UK Albums Chart and receiving two Grammy Award nominations. Garbage followed this by performing and co-producing the theme song to the nineteenth James Bond film The World Is Not Enough (1999).[9] 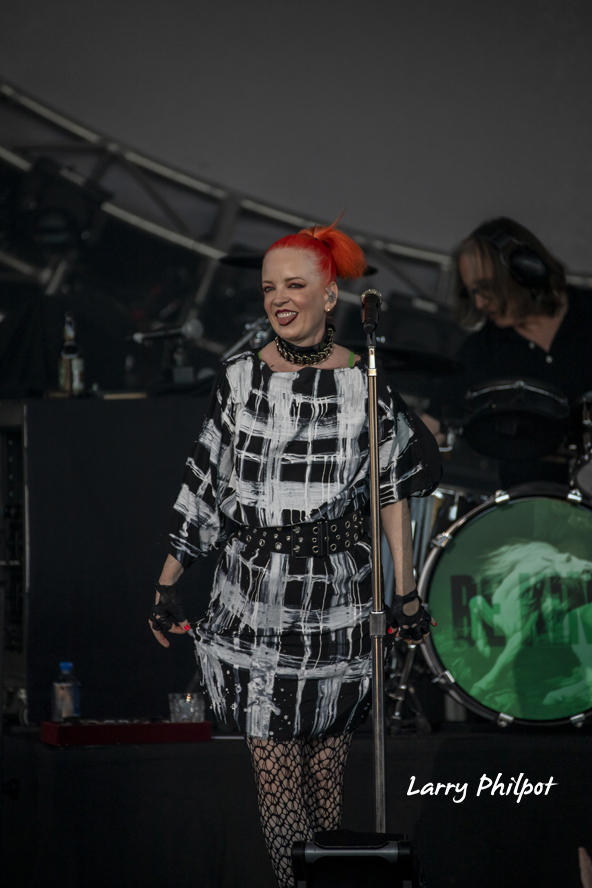 Garbage’s third album Beautiful Garbage was also critically acclaimed,[10] but failed to match the commercial success of its predecessors.[11] Garbage quietly disbanded amidst the troubled production of their fourth album Bleed Like Me, but regrouped to complete the album, which was released in 2005 and peaked at a career-high number four in the U.S.[12] The band cut short their Bleed Like Me concert tour and announced an indefinite hiatus,[13] emphasizing that they had not broken up but rather wished to pursue separate interests.[14] The hiatus was briefly interrupted in 2007, when the band recorded new tracks for their greatest hits album Absolute Garbage.[15] The band reunited in 2011,[16] and self-released their 2012 album Not Your Kind of People on their own label Stunvolume to positive reviews. Their next album, Strange Little Birds, followed in 2016. Their seventh studio album, No Gods No Masters, was released in 2021.[17] The band is on tour supporting this new release, and they’re great! Enjoy their well known hit, “Stupid Girl.” 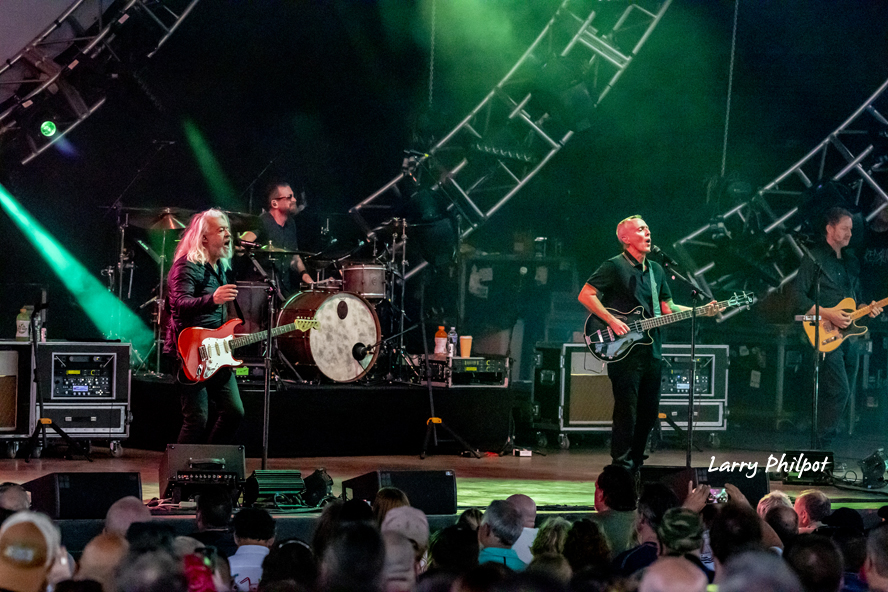 Tears for Fears are an English pop rock band formed in Bath, England, in 1981 by Roland Orzabal and Curt Smith. Founded after the dissolution of their first band, the mod-influenced Graduate, Tears for Fears were associated with the new wave synthesizer bands of the early 1980s, and attained international chart success. Tears for Fears were part of the MTV-driven Second British Invasion of the US.[8]

The band’s debut album, The Hurting (1983), reached number one on the UK Albums Chart. Their second album, Songs from the Big Chair (1985), reached number one on the US Billboard 200, achieving multi-platinum status in both the UK and the US.[9][10] Songs from the Big Chair contained two Billboard Hot 100 number one hits: “Shout” and “Everybody Wants to Rule the World”. The latter song won the Brit Award for Best British Single in 1986.[11] 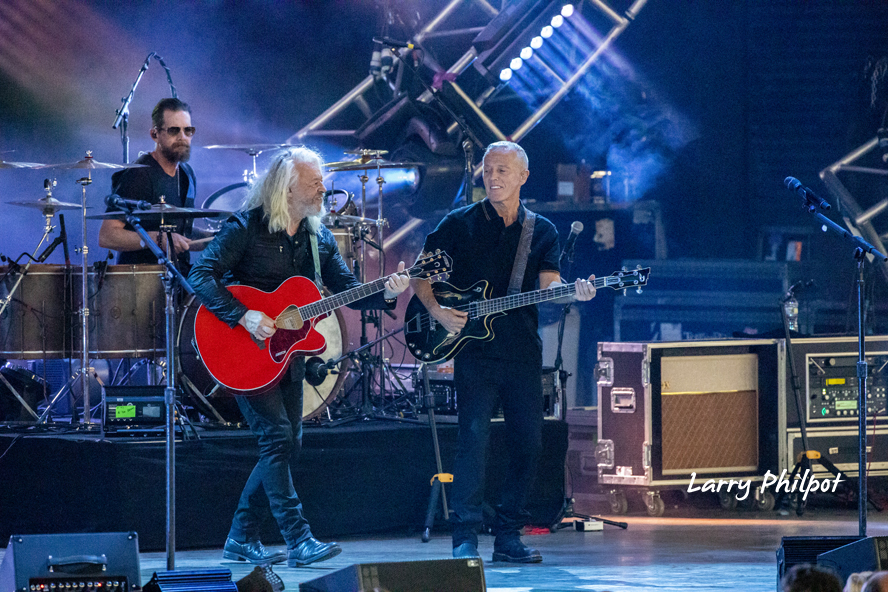 After the release of their platinum-selling third album, The Seeds of Love (1989), Smith and Orzabal had an acrimonious split in 1991. Orzabal retained the Tears for Fears name as a solo project, releasing the albums Elemental (1993) and Raoul and the Kings of Spain (1995). Orzabal and Smith reconciled in 2000 and released an album of new material, Everybody Loves a Happy Ending, in 2004. The duo have toured on a semi-regular basis since then. After almost a decade in development, the band’s seventh album, The Tipping Point, was released in February 2022,[12] giving the band their sixth UK Top 5 album and their highest chart peak in 30 years, and reaching the Top 10 in numerous other countries, including the US where it topped the Billboard Top Alternative Albums and Top Rock Albums. 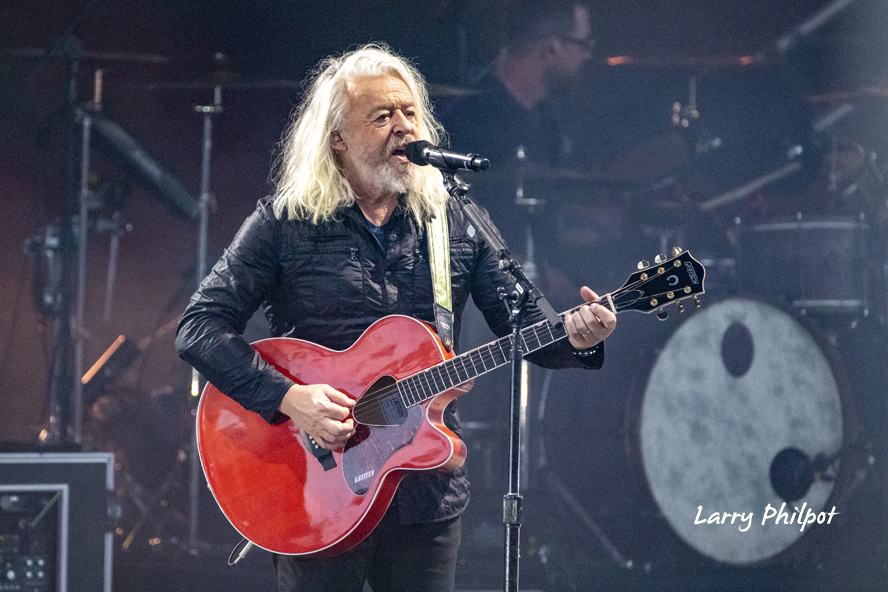 In 2021, Roland Orzabal and Curt Smith were honoured with the Ivor Novello Award for ‘Outstanding Song Collection’ recognising their “era-defining Tears for Fears albums” and “critically acclaimed, innovative hit singles”.[13] 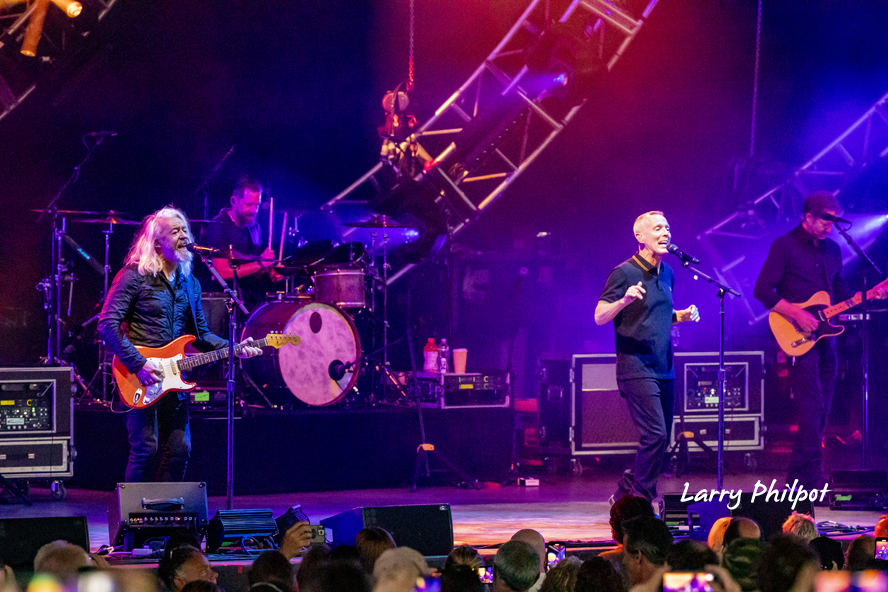 Tonight, they brought down the house at Ruoff, with about 21,000 fans enjoying a trip back in time. Here is a short video of much younger versions of Roland and Curt performing their biggest US hit, which was also the theme song for Comedian Dennis Miller’s talk show. (All photos by Larry Philpot, additional reference material from Wikipedia from both the Garbage and Tears for Fears pages, usage under Creative Commons licenses. Videos by YouTube)