Justin Timberlake, “The Man of the Woods” Tour 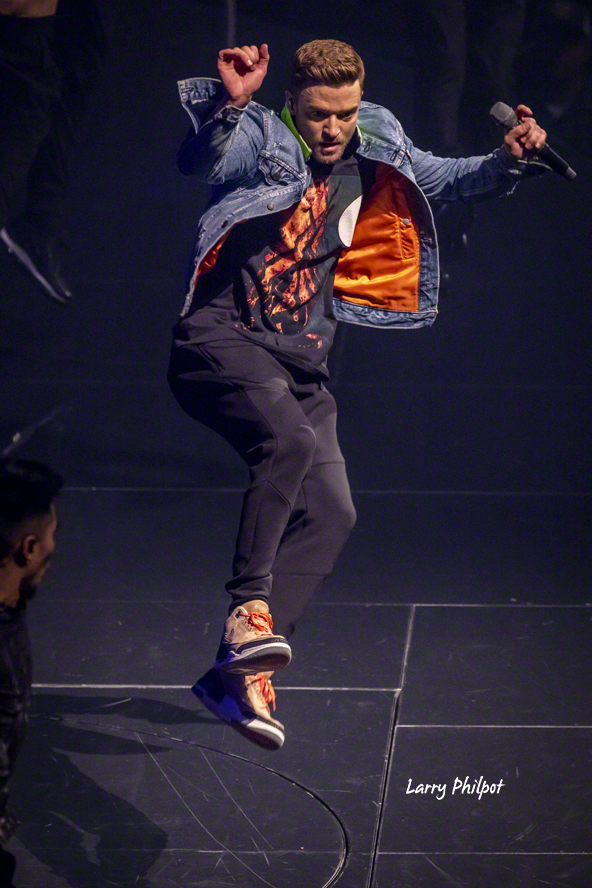 It’s been 11 years since Justin Timberlake toured to support the “FutureSex/LoveSounds” album and the crowd at Lexington’s Rupp Arena was happy the wait was over. They are a diverse groups of fans; men, women, young, old, middle-aged – it doesn’t matter – Justin’s charisma and charming smile captures them all. Justin is a triple threat; actor, dancer, singer and “The Man of the Woods” Tour is a killer performance.

The show started with a sci-fi laser-light show as Justin and his 20-plus posse of musicians, singers and dancers, he dubs the “Tennessee Kids,” burst out of the gate bathed in white light ala’ Close Encounters. Justin hit the ground running with his lead single, “Filthy” and kept up the high energy pace throughout the performance with a sampling of his hits and cuts from his latest release, “The Man of the Woods.”

The set was absolutely fantastic. One of the best I’ve ever seen for both the performer and the concert goer. Completely interactive and immersive with the crowd, the huge stage snakes thru the entire arena eliminating the chance of getting a bad seat even in the nosebleed section. It’s lined with large, leafless, gloomy trees, subtly lit in purple and red hues alongside of it. Justin IS a Disney kid and the set was reminiscent of a ride at the park. Wafer thin screens billow above center stage and to the sides of the set, sometimes focusing on Justin live, or projecting brilliant sunsets, forest scenes and rain drops in an effort to bring the outside in. I think maybe this is the whole point of the show. The title alone shows affinity for nature and perhaps Justin, as he grows farther away from the Disney Kid, is trying to dig deeper. The creative genius and ingenuity of the roadies is always amazing to me and in this instance they went above and beyond. They even managed to recreate a campfire scene with an actual campfire and grassy meadow while Justin and his crew “shared stories” and highlighted the band members with a quick rendition of “Dreams’ 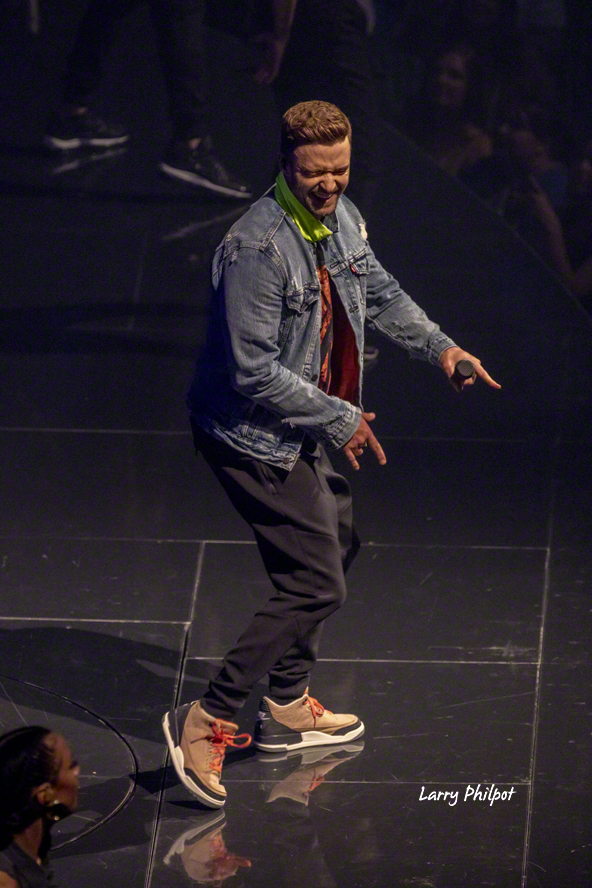 Because Justin has major class and appreciates his VIPS – there are 2 bars on each side of the stage. Guests can order drinks and gaze directly at Justin Timberlake, 5-feet away on center stage, or ogle the dancers doin’ their thing atop the bar.
The sound was muddy for a lot of the show and that was too bad, but it did seem to improve near the end. The best sounding performance was Justin’s solo, acoustic of “Drink You Away” but his showmanship, enthusiasm, and crowd interaction made the soundboard problems easily forgettable for fans.

Overall this performance ranks in with an A-. Justin is a charmer, the set is out-of-this-world and he delivers a spectacular performance speckled with his greatest hits.

Timberlake’s concert at Rupp Arena last night grossed $2 million, making it the highest-grossing one-night concert in the arena’s history, besting the previous record set by the Eagles, which grossed $1.8 million in June 2015.

Robert Plant Rambles On to Bourbon & Beyond