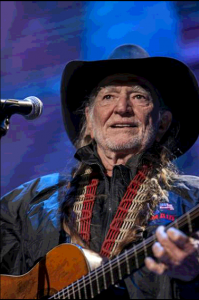 Willie spoke with CBS about this track and said, ““Oh, I don’t know — I’ve been killed several times through the years!” Nelson laughed. “And so I just thought I’d write something funny about it.”

He’s on the road again — performing, writing music, and a has a new album paying tribute to his good friend, Ray Price out for release. His attitude on age is summed up with this comment, “Everything’s going good. I think age is just a number. It’s the way I’ve heard it all my life: It’s not how old you are, it’s how you feel. And I’ve been lucky, health-wise and career-wise.”

We are lucky to have this country legend and wish him the best of birthdays.