The holidays are over and the cold of winter has a death grip on most of us. Are you starting the New Year feeling a little lethargic? Well, here’s a little something that’s sure to energize your spirit. Arthur Fowler, once from Milwaukee now based in Tokyo, has released his second album, Here I Am Again. It’s a five song jazz-fusion based EP, sprinkled with some rock and blues, and a touch of a delicious Latin flavoring added in.

The album begins with “Here I Am,” a jazzy-blues tune that begins the process of shaking the cold out of your bones. Just as you start grooving on the organ and percussion, Fowler’s mellow vocals offer a fine segue to a fun guitar solo. It’s all very complementary and energetic. Its tempo has a retro feel but with a fresh attitude. 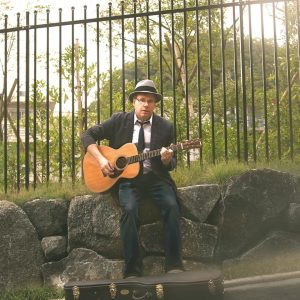 The instrumental “Blues For Wesley,” is like a soundtrack to an old mystery movie. With a full measure of apprehension and anticipation, its heavy jazz feel is lightened up by the electric guitar as it layers a little funk and blues over the jazz rhythm.

“Tick Tock” feels like a dream ride on a soft musical cloud. There’s a Latin feel here along with the mesmerizing blend of the rhythm section. The song floats along as if riding an undercurrent.

The sound of wind begins “Los Años,” but it’s not a cold winter wind this time. The Latin percussion warms the tempo and the guitar solo heats things just enough for the organ to take it to the next level. The lyrics, which bounce between English and Spanish gives balance between the jam sequences.

The album ends with “Disappearing,” a melodic, entrancing tune. There’s a good amount of commercial appeal woven between the fusion tempo. Throughout this song and throughout the album, Fowler uses instruments as punctuation. Guitar, organ, bass, drums, all shine at the own designated moments. They blend together as a jazz stew and pop out at times as if you’ve bitten into the red chile used for spice.

“Here I Am” and “Blues For Wesley” were recorded with Chicago blues musicians while “Tick Tock,” “Los Años,” and “Disappearing” were recorded with Tokyo musicians. Again proving that the language of music is universal, the album is seamless in its quality and production. With only five songs, it’s the perfect length to get a quick jolt of jazz heat on a cold winter’s day.

Here I Am Again on Spotify 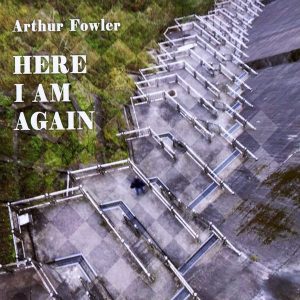