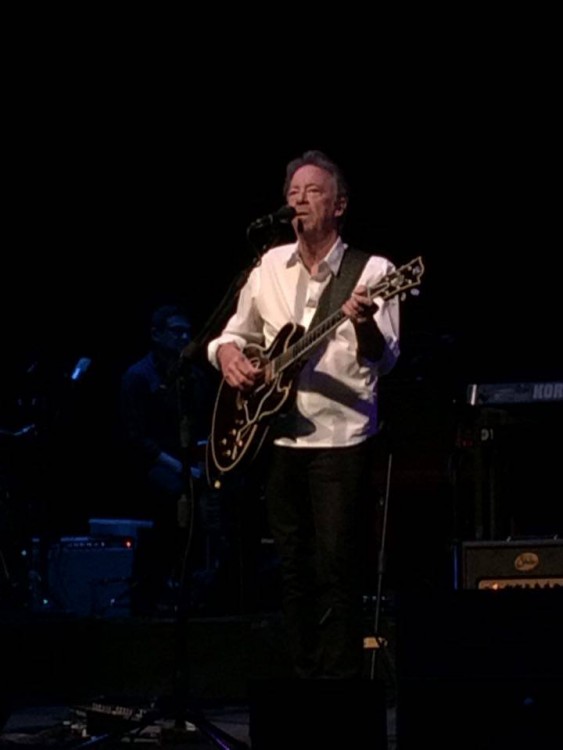 After getting a little acquainted with the crowd Boz eased into the old Mink DeVille classic, “Mixed Up, Shook Up Girl.” Around the second verse is when you really start to take notice of the whole scope of the band. Background vocals soulfully executed by Ms Monét Owens together with Richard Patterson, who was more than smooth as he played a soulful bass. 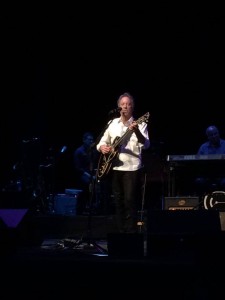 Another layer of the band was uncovered with the playing of “JoJo.” The brass section consisting of multi-instrumentalist Eric Crystal brought the song off Scaggs’ Middle Man album to life.

Listening to the 71 year-old Scaggs, the strength of his voice may have lessened just a bit, but that distinctive timbre still remains. It was in full effect as he drifted back in his catalog to “Harbor Lights,” quickly bringing many in the audience back to memories of loves long gone. The fadeout of “Harbor Lights” segued into a nice jazz fusion section, highlighting the richness of the band.

Though Bonnie Raitt wasn’t onstage to help out with vocals and slide guitar on “Hell To Pay” from Scaggs latest album, A Fool To Care, Ms Monét did just fine with the singing, as did Mike Miller working the slide.

Bringing the set back to old, familiar territory, “Georgia” had the audience both singing and smiling. The song ended with the first standing ovation of the night. The second would not be far behind as Monét took a solo turn with a stunning cover of the Stevie Wonder song made famous by Aretha Franklin, “Until You Come Back To Me.” 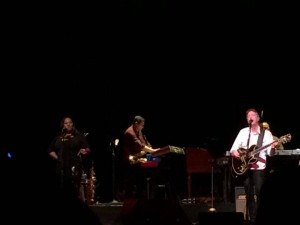 The always beautifully arranged “Look What You’ve Done To Me,” seemed to make the crowd collectively hold its breath. The layers of sound brought to life by the eight piece band lifted the song to another level. Rightfully so, it commanded another standing ovation.

Bringing the tempo up, Boz brought out another classic, “Lowdown.” Closing out the set, the familiar bass and drum line instantly gets your feet moving. Hearing the opening notes of “Lido,” you are fully aware they won’t stop moving for the next several minutes. As the audience quite vocally sang back to him, Scaggs seemed to still enjoy singing the one song most of the crowd hoped to hear. If you weren’t haven’t fun during “Lido,” you definitely “missed the boat that day.”

The encores, as in plural – there were three, started with another chestnut, “What Can I Say.”  A long keyboard and guitar intro into “Somebody Loan Me A Dime,” set the mood for the melancholy blues song. 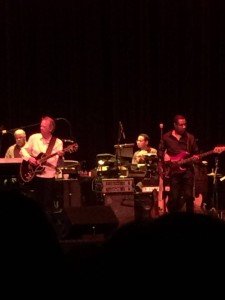 Though a few people started to the doors, they quickly came back to hear one more song. Another tune off his latest album, a soft and sweet version of Richard Hawley’s “There’s A Storm Comin” ended off the night.

Thoroughly entertaining, Boz Scaggs and Company filled the night with an easy mix of his classics along with some of his favorites. Artist choice is always fun as long as they don’t forget most of the crowd wants to hear that one song that brings back those long ago memories. Scaggs didn’t forget.

A good night of music.

Mixed Up Shook Up Girl

Until You come Back To Me (Mon’et)

Look What You’ve Done To Me

What Can I Say

Somebody Loan Me A Dime

Drowning In A Sea Of Love

Sick And Tired Of Foolin’ Around With You

There’s A Storm A Comin’