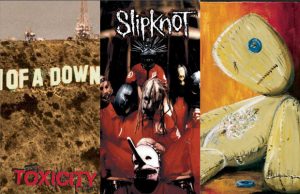 The week after the attacks on September 11, 2001, Clear Channel Communications (now iHeartMedia) sent out a mass e-mail to its program directors at stations across the country with an updated and expanded list of songs they considered having “questionable lyrics.” Clear Channel management strongly suggested through the corporate network that stations should avoid playing any of them. Some of the 162 songs — more if you include the blanket directive against “All Rage Against the Machine Songs” might be understandable from Tipper Gore, such as “Seek and Destroy” by Metallica, Van Halen’s “Jump” or Ozzy Osbourne’s “Suicide Solution.” But many of the blacklisted songs are just that – songs. The Bangles’ “Walk Like an Egyptian”, Bobby Darin’s “Mack the Knife”, and the Beatles, “Ticket to Ride” are all included on this list. 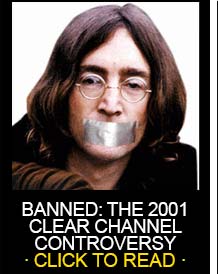 The strangest inclusion had to be John Lennon’s unquestionably pacifist anthem “Imagine,” unless Clear Channel was pushing the military industrial complex and its pro-war agenda?

A major uproar erupted among left-wingers and conspiracy theorists — who love throwing shade – and they started asking if this was blatant censorship, or was Clear Channel simply being sensitive to traumatized listeners?

“Clear Channel Radio has not banned any songs from any of its radio stations. Clear Channel believes that radio is a local medium. It is up to every radio station program director and general manager to understand their market, listen to their listeners and guide their station’s music selections according to local sensitivities. Each program director and general manager must take the pulse of his or her market to determine if play lists should be altered, and if so, for how long. ‘In the wake of this terrible tragedy, the nation’s business community is responding with a degree of hypersensitivity,” explained Mark P. Mays, President and Chief Operating Officer of Clear Channel. “Even some movie companies have altered some of their release schedules in light of the mood in America today. Clear Channel strongly believes in the First Amendment and freedom of speech. We value and support the artist community. And we support our radio station programming staff and management team in their responsibility to respond to their local markets”‘ but we all know how the internet works now.

Jack Evans, regional senior VP of programming at Clear Channel made a statement insisting this list was not an effort initiated by management: “After and during what was happening in New York and Washington and outside of Pittsburgh, some of our program directors began e-mailing each other about songs and questionable song titles,” though the finished list was emailed to the program directors by Clear Channel management.

Research done by snopes.com revealed two relevant facts: One, the email listing 162+ songs did exist, despite Clear Channel’s denials and two, the songs on the list weren’t actually banned from radio airplay, although Clear Channel strongly suggested that its stations eliminate the songs.

Today, Clear Channel is singing another tune and sporting another moniker. Rebranded in 2015 as, iHeart Media, it is a company that includes 859 radio stations in over 150 markets, with more than 245 million listeners a month — the largest reach of any radio or television outlet in America. However; this shiny description mentions nothing of its current problems. First quarter numbers from 2016 reveal that they are carrying an astounding $20.8 billion in long-term, outstanding debt, and the corporate entity is struggling to find a way to survive. Bloomberg.com explains in a February 2016 article, “The business was bought by Bain and Thomas H. Lee in July 2008 in one of the last mega leveraged buyouts before the credit crisis. The firms paid $24 billion for the radio and billboard company that spawned IHeart, formerly known as Clear Channel Communications Inc. and has been battling ever since.” In 2019 the company will need to come up with $8.3 billion due for senior debt, which represents 40 percent of its total obligations. Clear Channel Outdoor has lost more than half of their value in the past nine months. Are the problems at iHeart Media and Clear Channel Outdoor today reflective of the Corporate Giant mentality they so aggressively displayed at in the first part of the millennium? Their money management skills certainly reflect a “Too Big to Fail” method of doing business, but those may be salad days for this floundering media giant. 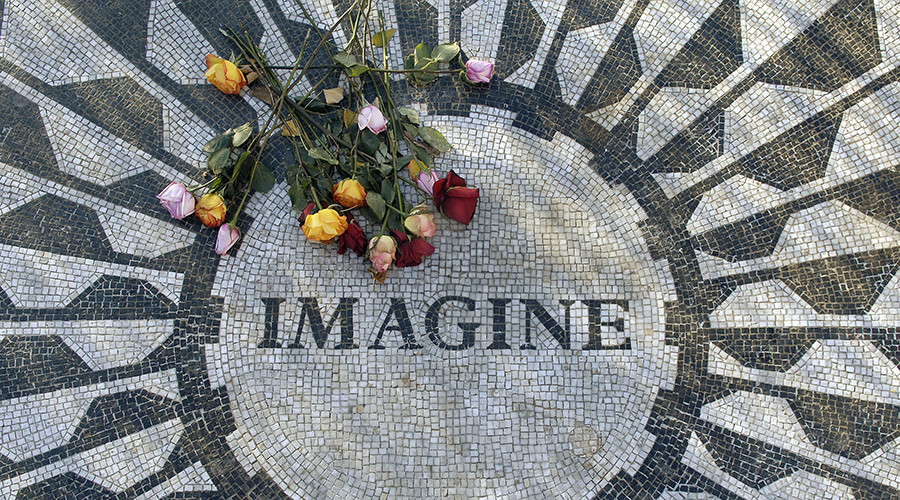 How many songs on the blacklist have you listened to?

3 DOORS DOWN – Duck and Run

AC/DC – Shot Down in Flames

ALICE IN CHAINS – Down in a Hole

ALICE IN CHAINS – Sea of Sorrow

ALICE IN CHAINS – Them Bone

ANIMALS – We Gotta Get Out of this Place

LOUIS ARMSTRONG – What a Wonderful World

BEATLES – A Day in the Life

PAT BENATAR – Love Is a Battlefield

PAT BENATAR – Hit Me with Your Best Shot

BLOOD SWEAT & TEARS – And When I Die

BLUE OYSTER CULT – Burnin’ for You

BROOKLYN BRIDGE – Worst that Could Happen

BUSH – Speed Kills CHI-LITES – Have You Seen Her

THE CLASH – Rock the Casbah

PHIL COLLINS – In the Air Tonight

SKEETER DAVIS – End of the World

GAP BAND – You Dropped a Bomb on Me

NORMAN GREENBAUM – Spirit in the Sky

HAPPENINGS – See You in September

BUDDY HOLLY & THE CRICKETS – That’ll Be the Day

KANSAS – Dust in the Wind

KORN – Falling Away From Me

LOCAL H – Bound for the Floor

MARTHA AND THE VANDELLAS – Nowhere to Run

MARTHA AND THE VANDELLAS – Dancing in the Street

DAVE MATHEWS BAND – Crash into Me

MEGADEATH – Dread and the Fugitive

PETER GORDON – I Go To Pieces

PETER GORDON – A World Without Love

PRETENDERS – My City Was Gone

QUEEN – Another One Bites the Dust

RAGE AGAINST THE MACHINE – [all songs]

MITCH RYDER & THE DETROIT WHEELS – Devil with the Blue Dress

SOUNDGARDEN – Blow Up the Outside World

SYSTEM OF A DOWN – Chop Suey!

TALKING HEADS – Burning Down the House

TEMPLE OF THE DOG – Say Hello to Heaven

THREE DEGREES – When Will I See You Again

VAN HALEN – Dancing in the Streets

ZOMBIES – She’s Not There