‘Tomorrow belongs to those who can hear it coming.’ —  David Bowie 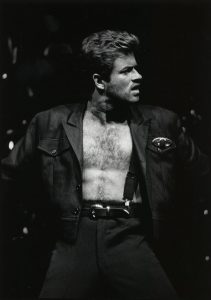 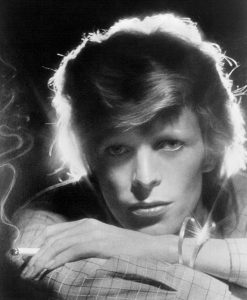 Vintage George Michael singing Queen’s “Somebody to Love” as David Bowie watches from behind the scenes.

It’s 1991, and David Bowie and Seal are backstage at Wembley Stadium for a special Freddie Mercury tribute concert. They are watching George Michael rehearse “Somebody to Love” with the remaining members of Queen, and are obviously pleased by Michael’s rendition of this soaring anthem. In 1992, 28 year old George Michael took on the epic song to commemorate the career of his friend, Freddie Mercury, who died the previous year from HIV and AIDS.

At the end of the performance, David Bowie, 45 at the time, smiles appreciatively and claps enthusiastically while juggling a smoke, and gives his “seal” of approval on George Michael’s stellar performance.

The video belongs to the Freddie Mercury Tribute double dvd as an extra. The concert was held in the name of AIDS awareness and reportedly reached an audience of a billion people around the world. The Tribute included performances from David Bowie, Elton John, Roger Daltrey, and GnR members, Slash and Axl. Take a look and see this stunning performance through the eyes of the artists who were there.