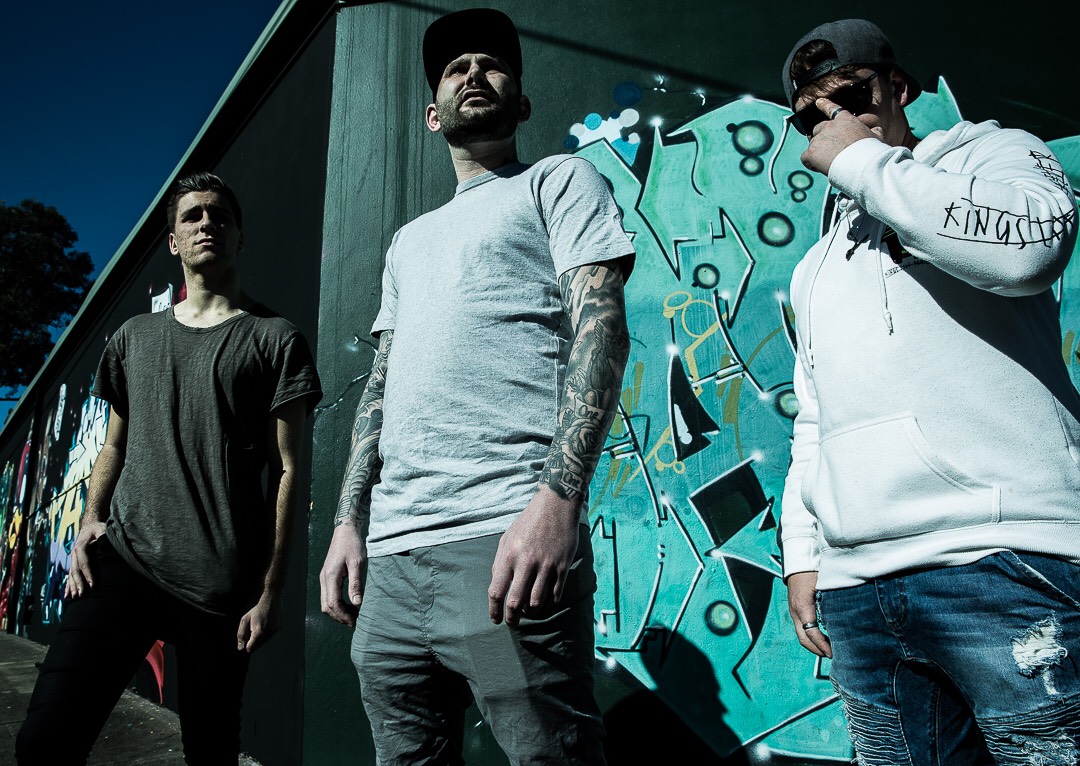 After releasing two EPs, Australian grunge/rock band Halfwait has set June 8, 2018 as the release date for their first full-length album. The Official will feature eleven tracks and the release of the first single “Stand Alone,” is available on Youtube and on Spotify.

Based out of Sydney, Halfwait formed in 2010. The band is currently comprised of Jon Barca- Vocals/Guitar, Chris Tallon- Drums/Backing Vocals, and Nick Sero- Bass/Backing Vocals. By 2011 the band had released their first EP, One Life, One Chance, and soon gained regular airplay. Their second self-titled EP was released in 2016 and featured a change in sound and energy.

The mostly black & white lyric video for “Stand Alone” centers on the band walking through various local settings. The editing is quickly paced with lots of superimposing, using grainy as well as sharp images.

Check out the video for “Stand Alone”