Leslie West at the Iridium NYC 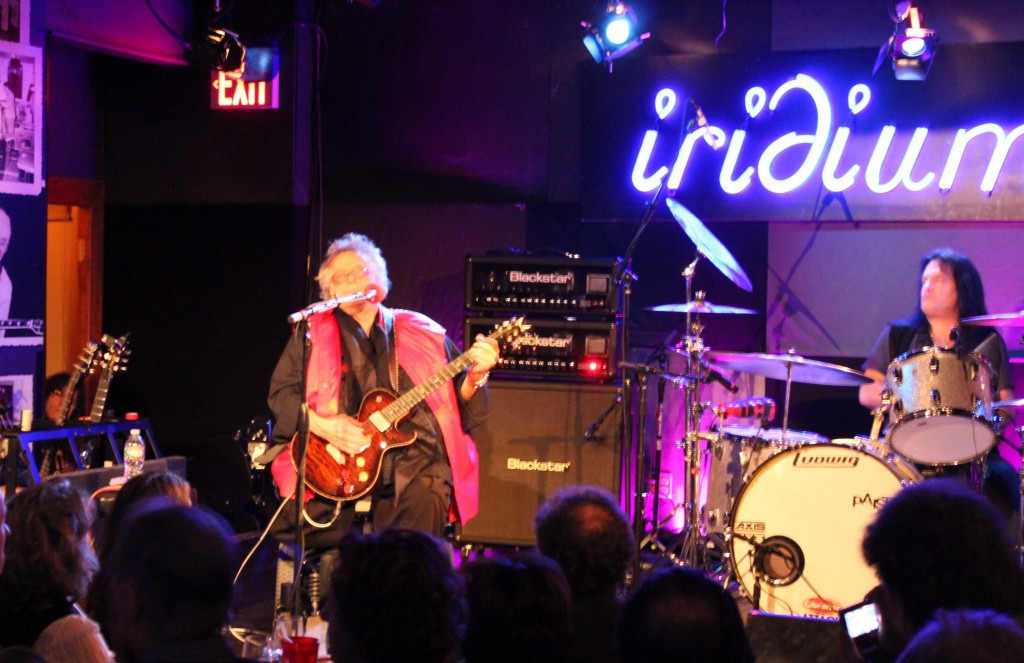 The weather in New York City had changed dramatically over the past two days, and for the crowd waiting in line outside the Iridium in Midtown, the dropping temperature made everyone more anxious to take their seats indoors.

The crowd was generally seasoned concert-goers, and many were friends and acquaintances of the headliner, Leslie West, guitarist and founding member of the rock band, Mountain. Standing in line it seemed everyone had a story about the local legend, and were more than happy to share them. West, after some serious health issues, is back on the music scene with a just released solo album, Still Climbing. This show was his first live performance since its release.

The Iridium is a lower level club, and as you descend the stairs you can feel the history rising up to meet you. Once inside, the walls are lined with guitars, signed by a who’s who of music. Les Paul, father of the solid body electric guitar, played at the Iridium weekly, and the club still hosts his Trio on Monday nights. His presence can be felt throughout the venue. A conversation about Les Paul overheard in the club had the storyteller describing Les Paul as “Nureyev with guitar strings,” even after arthritis gnarled his fingers so badly his guitar needed to be customized to allow him to play.

Arielle Verinis opened the night’s music. A young singer with a large voice, there was a hint of Joplin; some of the soul but none of the gravel. Backed by a violin and guitar, her voice seemed a bit too much for the laid back instrumentalists. Her set was enjoyable and she was warmly welcomed by the NYC audience.

After a very short break Leslie West and his band took the stage. As the audience anticipated the opening notes, West worked on getting the sound just right. A minute or two in, he looked up and said “talk amongst yourselves,” quickly breaking the tension and bringing an instant camaraderie to the room.

As his guitar began to boom, it was obvious this was going to be blow-out-the-eardrums loud. Just as it should be. Opening up the set with an old Mountain favorite, “Blood Of The Sun,” the bar for the evening was set. “For Yasgur’s Farm” was up next and didn’t disappoint.

Dipping into his last album Unusual Suspects, West chose “To The Moon.” His guitar took the ride from hard and edgy, to sweet and mournful.

Shifting into the next gear, West played the opening track off his new album. “Dying Since The Day I Was Born.” Rough and loud, with a heavy bass from crazy good bass player Rev Jones. Physically the polar opposite of West, Jones is tall, thin and hard-core. It was quite interesting to watch him work his bass like a piano and more. With a shaved, tattooed head, Jones caught your attention and kept it. 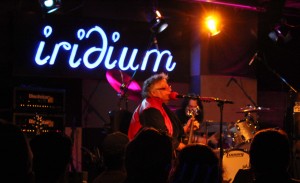 On Still Climbing, West reclaims “Long Red,” as his own. The song which first appeared on the original Mountain Climbing album, has in recent years become the most sampled song in the history of Hip Hop. West talked about the history of the song while engaging in some good-natured banter with the audience. With only the drums and bass in attendance this evening, the familiar sound of the Hammond organ from both the original and reworked versions would not be heard. Still bold and fiery, “Long Red” worked from start to finish.

At this point West gave the spotlight to Jones who began his bass solo with “Somewhere Over The Rainbow,” which closes out the new album. After, to quote West, “some impressive shit,” from Jones, it was time for West to make his own impression. A tasty display throughout “Nantucket Sleighride” showed he’s still up with the guitar elite. 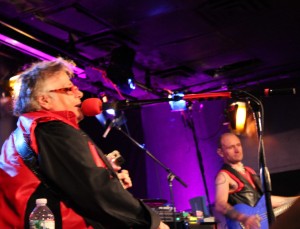 “Theme For An Imaginary Western” built up from its melodic beginning to the full hard rock edge, eventually giving way to a solo by drummer Bobby Rondinelli.  Keeping it pumped up, “Mississippi  Queen” brought back memories of when rock was more than a four-letter word. With a sound that was big and bone-crushing, West showed the Queen is still royalty.  Closing out the show, West took another trip back to the Mountain catalog with “Never In My Life.” With equal parts guitar, bass, and drums, it was fitting to end the night with a song which blends them so perfectly.

Still having solid guitar skills, the same distinctive vocals, and after living through life or death health issues, West has come back roaring. The new album rocks hard, and though this was his first live show in a while, rust was apparently taking a nap.