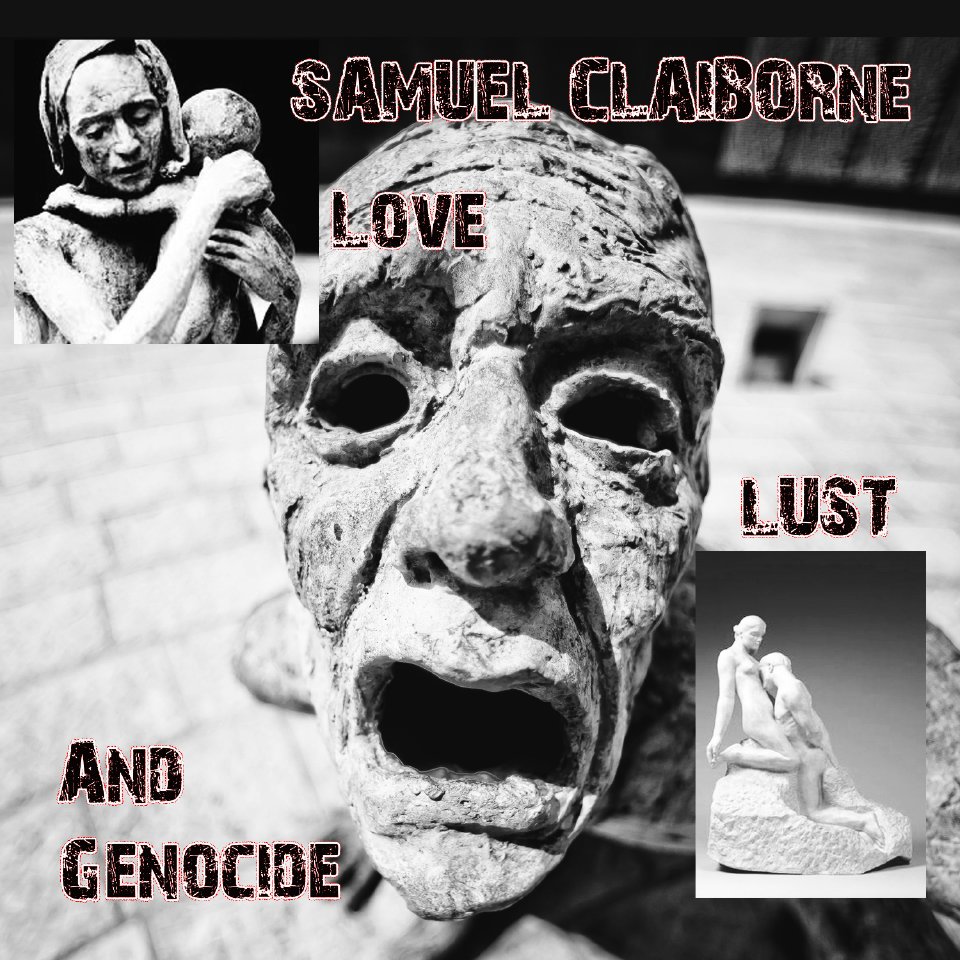 After listening to Love, Lust and Genocide,” the new album from poet and alternative rocker Samuel Claiborne, the first thing that came to mind was a line from Simon & Garfunkel’s “Sounds Of Silence.”

“And the words of the prophet are written on the subway walls and tenement halls.”

Samuel Claiborne has a lot to say and it isn’t always what you might want to hear. His words are raw, his tone, unforgiving. The album places a lot of focus on struggle. Not only his own emotional and physical battle, but also that of this country.

“Say Goodbye To America” takes a walk down the streets of protest and anarchy. Do we really see what is happening or only what we are allowed to see? Can things be turned around in time to save the country?

“Hungering For Strange” starts the lust conversation with a dark and edgy statement backed by guitar work which enhances the mood.

An equally dark and edgy statement is found in “Lion And The Lamb,” as it tells the story of a gay man’s suicide after being rejected by family and friends. The easy flow of the melody starkly contrasts with the lyrics. It’s not a complicated song but it is extremely well done.

Claiborne covers “Hurt” by Nine Inch Nails with a haunting, almost psychedelic feel.  It transitions nicely into “Broken,” the one song on the album which is painful in its authenticity.  In 1992, Claiborne suffered a spinal cord injury which left him a quadriplegic for over ten years. One can only try to imagine the depths to which you sink, before the light and eventual gratitude coming from recovery finds you.

The last few songs on the album are harder to get a feel for. “21st Century War” is just what the title implies, but it’s more of a narrative than a song. Interesting to hear, but for repeated play, not so sure. “Unbound” doesn’t offer much meat on the bone and the guitar work is a little distracting. The album ends with “The Heart Is A Bomb”, another spoken word song.

Claiborne is an accomplished poet and essayist, among many other talents. His lyrics are intelligent and his subject matter is diverse and relevant. While the album reflects his view of the world without concern of how it is accepted, it is not self-indulgent. It is at times though, not an easy listen.