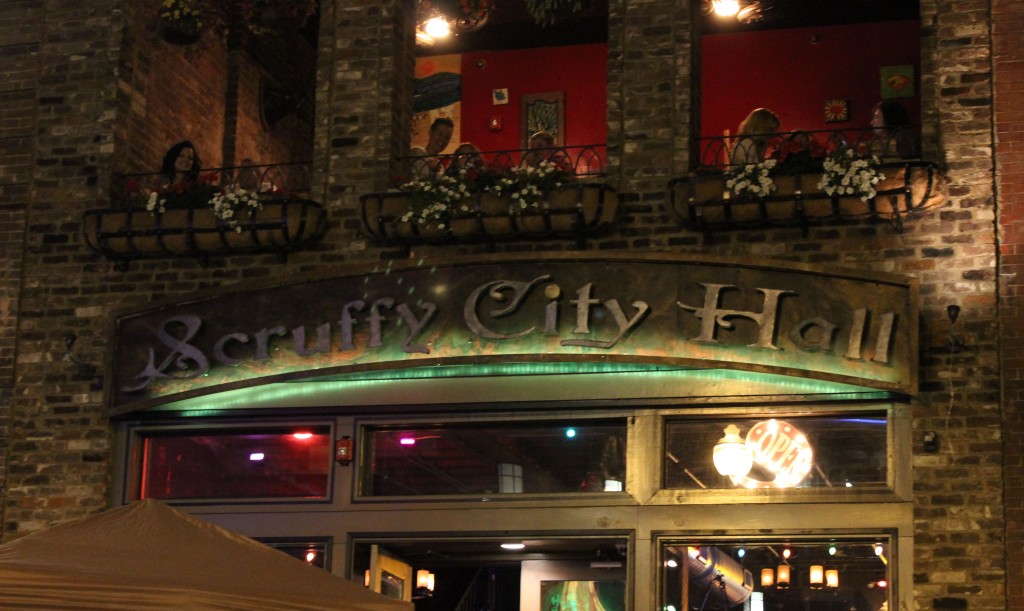 The votes have been tallied and the awards presented. The Scruffy City Film & Music Festival has closed shop for another year, but even as we look back at the highlights of this year, work has already begun on ideas to grow the festival and continue to improve it for next year. With the way the festival has evolved over its years of existence, there is little doubt of its shining future. 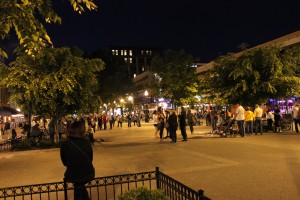 Knoxville’s Market Square, where the festival takes place, is a vibrant open-air space surrounded by retail shops, eateries, pubs, and Scruffy City Hall, a three-floor cine-pub where film showings were followed by music performances. While the Market Square is a constantly changing activity zone, Scruffy City Hall is the chill zone, with seating and a bar on every level including the roof. 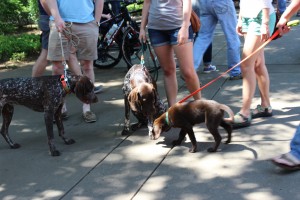 Outside, the very dog-friendly atmosphere creates a natural camaraderie, while street performers vie for attention. Some fare better than others. This year the weather was more than cooperative, creating very few empty tables at outdoor restaurant seating where all those dogs were sitting with their owners. Each evening, the festival began with the Knoxville Mercury Mixer where attendees would gather in anticipation of the upcoming events.

For both film buffs and music junkies, the festival was satisfying in that the films, documentaries and shorts were all high quality, and either featured a strong musical score, or was related to the music industry.  Two of the films, Butch Walker: Out of Focus, and Danny Says, centered on men who have had a lot of influence in music, even though they were not necessarily “stars,” in the true sense of the word. 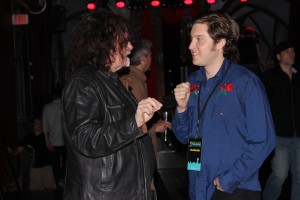 Director Brendan Toller took home the Best Film award for Danny Says, which is a portrait of Danny Fields, the man who helped mold the careers of most everyone involved in the punk rock evolution of the 1970s. From The Ramones, to Lou Reed, to Patti Smith, MC5, and Iggy and the Stooges, Danny Fields was there to manage, promote, hold their hands and pull them off the ledge.  The film features interviews with Fields, many of the musicians he dealt with, along with video clips and photos from Field’s archive. The treasure trove of material is overwhelming and fascinating. 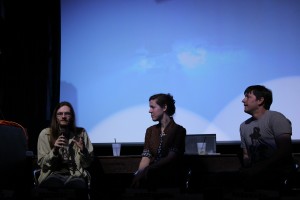 Continuing the musical theme, the workshop titled Music Tech, brought a lively discussion of the awkward relationship of music and technology and the very real concerns of how to make a living while making music. The panel consisted of musicians who had taken their expertise into the technology or business world through licensing, gaming and apps. With an audience composed of mainly musicians, how to make money was the continuing thread of discussion.  With so many artists looking toward crowdsourcing as a means for funding, starting a Kickstarter campaign and how to value your contributor levels were points of interest to the audience. Just as the internet is filled with discussions on the value of recorded music in this age of streaming and downloading, it was interesting to listen to some members of the audience grumbling about how there is no money to be made, while others were looking to more creative ways to derive revenue, essentially moving forward and embracing the new norm. 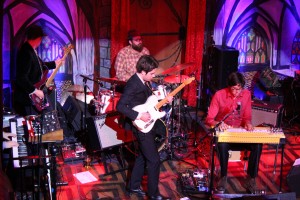 One of the more interesting bands to play at the festival opened for The Features, who were chosen as the Best Band. Steelism, an instrumental band out of Nashville, showed you can captivate a crowd without singing a word. Centered around the pedal steel playing of Spencer Cullum and the guitar of Jeremy Fetzer, the band is anything but country. Offering tastes of pop, soul, jazz, and even a bit of early rock’s garage bands, Steelism is sophisticated and just plain fun. Right after playing a jazzy, smoky melody with this big bass beat, they went into the Theme From the Godfather, giving it a tango interpretation.  Eclectic yes, and very well done.

From an outside perspective, the event seemed to go on without a hitch, thanks to festival director Michael Samstag and his helpful and well organized staff. The people of Knoxville could not be friendlier and the location of the festival makes it easy to enjoy to the best the area has to offer without the need of a vehicle. Well done Knoxville.

Other posts on the Scruffy City Film & Music Festival:

Knoxville to Host the Scruffy City Music and Film Festival