Dave Bickler, No Longer Caught In The ‘Survivor’ Game 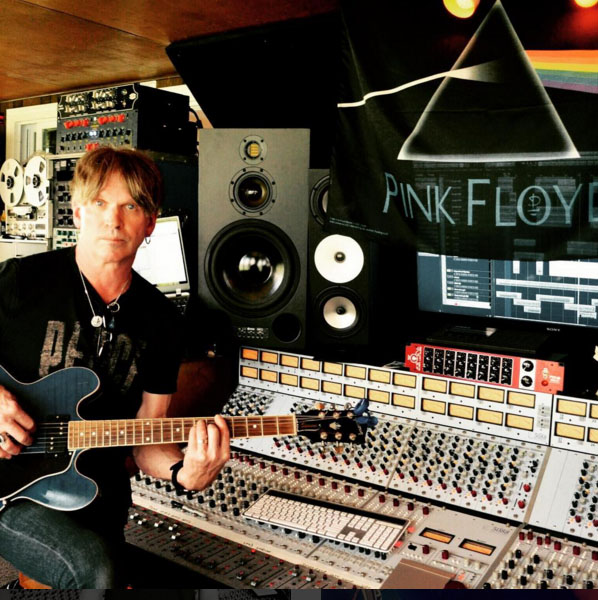 As Yogi Berra famously said, “It’s like déjà vu all over again.” And indeed it is.

For the third time in his singing career, Dave Bickler is no longer a member of the rock band Survivor. And for the second time, he basically found out about it online. And they say the internet isn’t good for anything.

Dave Bickler, original lead vocalist of the band once again found himself on a ‘need to know basis.’ Apparently he didn’t need to know that instead of Frankie Sullivan, founding member and now only original member of the band, finding a replacement singer for the late Jimi Jamison, he was actually finding a replacement singer for both Jamison and Bickler. Two very large pairs of shoes for a virtual unknown and unproven singer named Cameron Barton to fill. The way that Sullivan in particular has handled the public view of the band since Jamison’s death has made many of even the most diehard fans a little uneasy to say the least.

For his part, Bickler had accepted the never-ending drama with the band as business as usual. However, finding out you’re actually out of the band when your name disappears from the social media pages pretty much signals that “a bridge is burning” and this time there is no turning back.

Recently, I spoke with Dave about the recent events concerning Survivor as well as his new album, Darklight, which he expects to have out this summer.

Before we get into everything else, since he just passed give me a few of your thoughts on Prince.

Prince was in a special category, all on his own, like nobody. I was watching CNN this morning and they said they considered his performance at the Super Bowl in 2007 as maybe one of the best ever that anybody did, and I was there. I was at that game and it was. The game was terrible cause the Bears, you know I’m a Bears fan from Chicago, the Bears got crucified by the Colts, so that was no good. It was raining, but when he came on and played, it was unbelievable. He was just fantastic live, an unbelievable guitar player. You don’t get to hear that as much until you see him play live, that’s how good that guy was. It’s shocking that he died so young. He was still performing all the time, he was still relevant. A terrible shock. It made me cry, it really did. 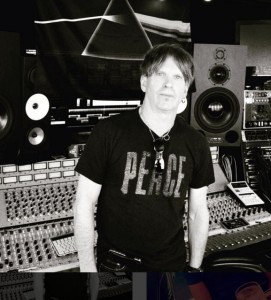 So let’s talk about your album a little bit. It’s been how many years in the making?

I don’t know, like seven years. It took me a long time, but I did get sidetracked quite a bit.

Yeah, absolutely, you’ve been busy, I understand that.

The point being, I’m doing all the stuff myself. It’s hard sometimes, cause I’m doing so much by myself that you start to disrespect it, thinking “oh, it sucks” you know. You start hating it. I remember Dave Matthews saying after a while of working on something, you just “loathe it.” That kinda did happen to me but then I went back and listened, and I’ve got some cool stuff there. Then I found someone close by who can mix for me so I don’t have to travel to LA.

So has the sound and the vision of the album changed over the years? Are you happy with the direction?

I like the direction of it. It’s not going to please everybody that’s for sure, like Survivor fans who really want a Survivor album. But no one would do that. It’s me, and I let it out a bit as far as singing goes. So I think that will keep the fans happy but other things of mine are a little different. But I like it, I do.

And it’s kicking up a notch with Steve DeAcutis of Sound Spa, he’s a real creative guy and he’s been helping me with that, and it’s that wonderful creative process of collaboration…always a good thing.

I want to take one more trip out to California to work with Ryan Hoyle who played drums on all this stuff. The crucial thing is to have a really talented drummer, with a great drum studio that he has. To me, I am old school, and I believe in real drums. To me there’s nothing like that. You can make drums electronically, but I like to have it the old-fashioned way.

Going back to being old school, when we talked last time, we spoke about how The Beatles, for our generation, were the influence and the thing that hit us upside the head and said ”This is it. This is what music is. This is what we want to be part of.” It’s so different now. You had mentioned that what did it for you was The Beatles wrote their own songs.

Yeah, and played their own instruments all that yeah.

I actually do. I really do. I think the pendulum always swings and that people will get tired of these massively overproduced records that are made by computer algorithms. And that’s no joke. And like you said, there is good music out there, there’s people doing it, and I think people will tire of it. 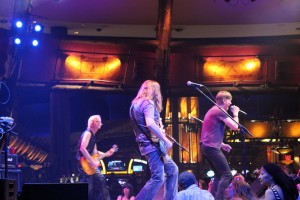 OK, I’ve got to address the elephant in the room.

Oh you mean that Survivor elephant? You know basically I said, back in 1999 when that went down, which was totally weird you know, I was fired and no one told me, I wasn’t even mad. I was only mad about not being treated honestly, that’s all. I said I’d never go back to Survivor. I told my friends I’d never do that under any circumstances. Then over that period of time before (he went back) I got to know Jimi Jamison and we got to be friends. He was just the greatest, loveliest man, so when Frank (Sullivan) got in touch with me and said ‘I was thinking that maybe both of you guys could come up and sing together,’ I couldn’t help it. I just had to do that. It made so much sense to have us both.

It wasn’t always great. There’s always something going on in Survivor. But all in all we just had a great time. It was just another shocking thing when he (Jimi Jamison) died. It was terrible. Once he was gone, that was gone too.

Did you feel weird about the band continuing on?

I kept an open mind about that. I talked to Frankie a lot and he said ‘I like the two singer thing.’ It seemed like a good thing to do, so he started looking for a new singer. Then it just got weirder and weirder, and I got the feeling that what he was saying and what he was doing were two different things. In the end, he didn’t tell me about rehearsal, there were shows coming up, I knew they were there. We had a small conversation and not a very friendly one. In the end I said “Listen, I consider myself to be fired,” and he hung up on me. And that was that. Then they took me off all the stuff on the Facebook page.

You were in one of the promotional pictures with Cameron (Barton, Survivor’s new lead singer).

Yes, but I was a little suspect about the whole thing. I’m going to say it; I thought he was using me for the time period. For some period of time until he could have just one singer in the band. He had me help him do that. But again, if he had said that to me, I would have been fine. You know what I mean? If he said it…but he never does. I was fired but he didn’t tell me, again. He’ll dispute that of course, but I stand by it.

Let’s just talk about the last little slap in the face you got the other day from Frankie, the post about the vocal range and how it’s great to have the songs back to being played in their original keys.

Yeah that was fun. It is true, we did drop “Eye Of The Tiger” down, no doubt about it, cause it’s hard to sing. But everything else was in the original key. Everything.

The fact that he would even dishonor either of you by saying that, and how he dissed the fans for suggesting that he hang it up as far as the Survivor name goes. That just really pissed off a lot of people. He wrote that having the original band is crap and he quotes Don Henley quoting JD Souther saying “Things change.” Don Henley just said Glenn Frey is dead, the band is done.

Well yeah, that makes no sense whatsoever. And I’m just glad I don’t have to deal with it really. I bear no ill will to those guys either. The other guys, those are friends of mine, I wish them all the best. I don’t really know Cameron Barton, I met him once at that showcase in Nashville. I can’t say that I know the guy well. He’s awfully young. He’s got a good voice. I wonder if he knows who he’s dealing with. I doubt it. 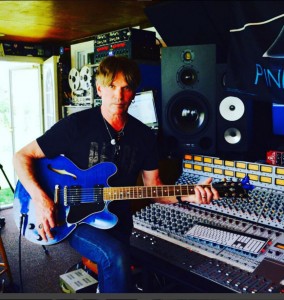 Now that you’re moving on, after this album is done are you looking to front a band or just get guys together when you want to play here and there?

I don’t know. I guess I will see how it goes. I found a guy named Adam Small and he’s got a music consulting business and he can do everything you can imagine. He’s going to help me market it and then we shall see.

Check out the Dave Bickler website to hear his “Purple Rain” tribute to Prince.