The three-day celebration of music, arts and activism will take place at the award-winning Waterfront Park, a sweeping green space on the banks of the Ohio River framed by the skyline of downtown Louisville, Ky.

Additional musical acts include Jason Isbell and The 400 Unit, Houndmouth, The War on Drugs, Father John Misty, Vance Joy, Courtney Barnett, NF, Jimmy Eat World, Kurt Vile and the Violators, Louis the Child, T-Pain and many more. A full list of confirmed artists from the lineup can be found below. 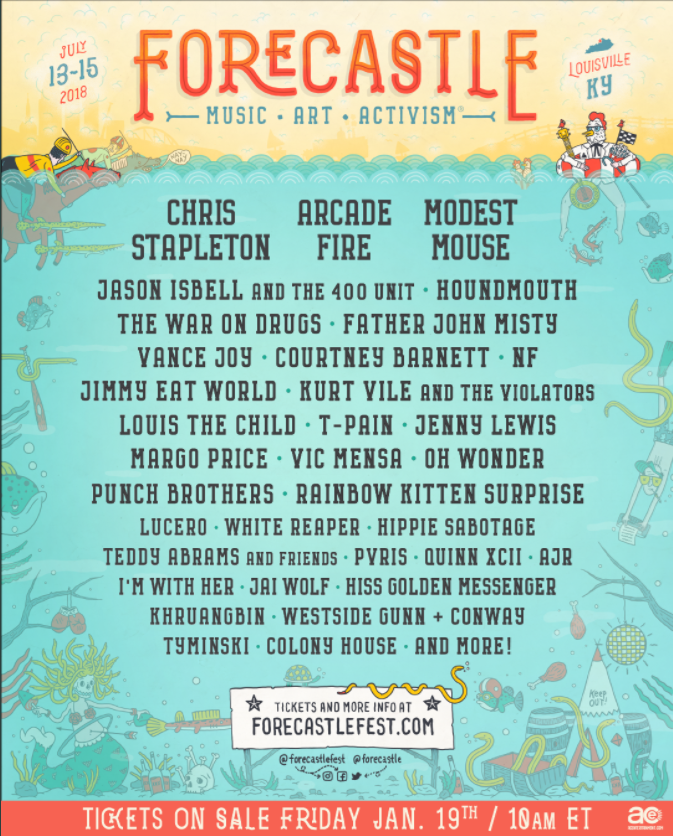